Moscow has deployed hundreds of soldiers and military vehicles to Syria's Qamishli district, which is occupied by PKK/YPG terror group.

Russia has carried out a military shipment to an airport in Syria's PKK/YPG-occupied Qamishli district in the northeastern al Hasakah province, east of the Euphrates.

On Monday morning, two Russian military cargo aircraft of the Ilyushin Il-76 type landed at the airport in Qamishli, most of which is occupied by the PKK/YPG terror group, local sources said.

About 300 Russian soldiers were on board the planes taking off from Latakia's Khmeimim military airport, as well as military vehicles.

The new shipment continues recent moves by Moscow to strengthen its presence in the region.

On June 3, the Russian army brought a short- and medium-range air defence system Pantsir-S1 to the Qamishli district.

On June 8, two tanks, a radar system, an anti-aircraft gun of the Dochka type and eight personnel carrier armoured vehicles were delivered to the base in Tal Tamir.

The town is located on the southeastern front line of a Turkish anti-terror operation called Peace Spring.

The shipment came after Türkiye announced that it will launch a new anti-terror operation in the region.

Since 2016, Ankara has launched a trio of successful anti-terror operations across its border in northern Syria to prevent the formation of a terror corridor and enable the peaceful settlement of residents.

In its more than 35-year terror campaign against Türkiye, the PKK terror group has been responsible for the deaths of more than 40,000 people, including women, children, and infants.

The PKK is recognised as a terrorist organisation by Türkiye, the US, UK, and EU. The YPG is the PKK terror group's Syrian offshoot.

READ MORE: Major promises the US and Russia failed to keep about PKK/YPG in Syria 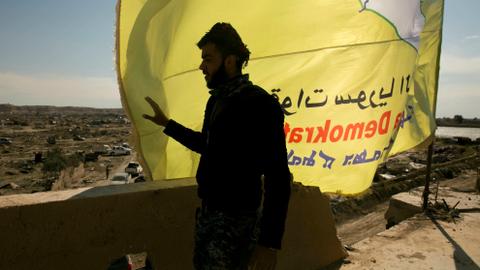