Turkish people living in different parts of Europe are being exposed to life-threatening situations as PKK sympathisers, masquerading as protestors, are baying for their blood.

As a reprisal for Turkey's anti-terror operation across northeastern Syria, PKK supporters are attacking the Turkish diaspora in several parts of Europe.

While protests in support of the PKK have morphed into violence in parts of Germany and Norway recently, the governments of these countries have acted as mute spectators while Turkish minorities are exposed to the risk of deadly physical assaults.

The PKK has cultivated some support in European countries, even though it's an armed organisation listed as a terrorist group by Turkey, the US and the EU. It has been constantly committing crimes against Turkey and its citizens for more than three decades, claiming more than 40,000 lives.

The PKK's modus operandi is similar to any dreaded terror outfit's: recruiting child soldiers, planting IEDs in civilian areas in Turkish cities, intimidating dissidents not only from the Turkish state but also from Kurdish communities. They get away with murders by simply labelling critics as ‘traitors’ or ‘collaborators’.

The PKK's first kill was an eight-year-old child, the son of Sanliurfa MP Celal Bucak from the Justice Party, in a raid on his house in 1979. Ever since, the terror group has continued to draw attention for its violence and radical outlook. It fuels its recruitment either from the extreme left or mostly from low-income neighbourhoods, where semi-literate youth are most vulnerable to fall into its trap.

Expanding its terrorist activities against Turkey in 1984, the PKK over the years became a huge security threat to the country's political system and territorial integrity. Using violence to obtain its goals, it intends to establish the independent state of Kurdistan, based on Marxist-Leninist principles, which also means usurping power and grabbing land from Turkey, Iraq, Syria and Iran.

Some PKK members fled to Europe in the 80s, mostly to Germany to provide financial and logistical support to the terror group. Those pushing ahead to realise the Kurdistan dream continue to target both the Turkish state and Turks either through armed violence or through acts of targeted violence masquerading as street protests in various parts of Europe.

Last Saturday, a group of PKK supporters attacked a Turkish family in their car in Norway's Oslo. The PKK members pelted them with stones and other objects after noticing the Turkish flag in their car. They did not stop even though there was a newborn, visibly frightened, inside the vehicle. As the baby kept crying, the mother tried to soothe him by saying "it's not real, we're playing a game".

Unlike Lebanese protesters a week earlier, who paused their protests against corruption to serenade and calm a shaken baby boy inside a passing vehicle, the PKK supporters in Oslo were unmoved by the toddler's trauma. In the Lebanese protest, when the mother Eliane Jabbour asked them to keep the noise down, the protesters start singing international baby whisperer 'baby shark' to comfort the toddler caught in the midst of a loud demonstration. They clapped, sang and danced with hand gestures mimicking a shark's bite for baby Robin bringing smiles and introducing a moment of levity.

These protesters in Beirut were angry about the state of the economy, corruption and public services but did not vent their anger and frustrations on innocent civilians let alone babies.

Indeed the first civilian casualty of Turkey's Peace Spring Operation happened on the Turkish side when the PKK killed nine-month-old baby Muhammed Omar on October 13 in the border province of Sanliurfa. The terror group fired indiscriminately at children, elderly people and women.

For PKK sympathisers, it doesn't matter whether the terror group has turned into baby killers or murderers of elderly people. In their toxic rage, they set a Turkish diplomat's car ablaze in Berlin last week, attacked a Turkish-owned shop in Nuremberg, and seriously injured a Turkish-German man with a knife near Cologne this week.

In separate incidents, PKK members terrorised people at airports in Hamburg, Germany, at Landvetter Airport in Sweden and Pisa Airport in Italy, to name a few. They occupied the flight counter of Turkish Airlines while attacking passengers travelling to Turkey.

Will Europe surrender to the PKK and its terrorism? Why are the police turning a blind eye to aggressive acts of PKK sympathisers all over Europe? There are no serious measures in place for ongoing YPG/PKK events staged under the guise of ‘protesting’ Turkey's cross- border operation.

These attacks started a day after Turkey launched Operation Peace Spring on October 9 to clean its borders from YPG terrorists. Despite ongoing media speculation associating the Turkish Operation Peace Spring with the manslaughter of Kurds, Turkey has reiterated that the sole aim of the military operation is to create a safe zone -free from terrorists – where 350,0000 war-affected Syrian people, who sought refuge in Turkey, can return and build their lives. While there is plenty of misinformation on the operation, Turkish President Recep Tayyip Erdogan has maintained that Turkey will preserve Syria's territorial integrity and liberate local communities from terrorists.

Indeed, this is not the first time Turkey created post-conflict stabilisation zones in Syria. Turkey's military operations in northwestern Syria —Euphrates Shield in 2016 and Olive Branch in 2017 around Jarabulus and in early 2018 in city centre of Afrin, cleared the terrorist presence in the area which enabled the local Arab and Kurdish communities’ return to their homes. So Turkey's fight in Syria is against terrorists, not the Kurds or any other minority. It has already enabled many homeless people to return home in the past three years and the country intends to do more.

Therefore, Europe must take a stand against the PKK and its sympathisers who are marching in its towns, threatening the Turkish diaspora. Failing to do so will turn European soil into a breeding ground for terrorist activities - not only for attacks but also for funding, recruitment and training. History tells us how terrorists bite the hand that feeds them. Europe could be next. 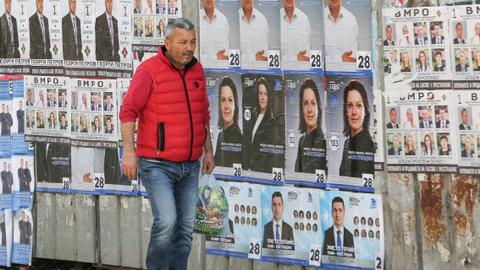 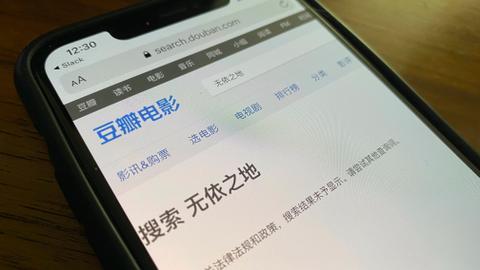