European football's governing body UEFA will hold a crisis meeting, hours after 12 of the continent's leading clubs have shocked the football world by announcing the formation of a breakaway Super League.

US investment bank JP Morgan confirmed it is financing the new league which includes clubs such as Real Madrid and Manchester United and is a rival to UEFA's established Champions League competition.

The breakaway has been heavily criticised by soccer authorities, fan organisations, and politicians across Europe.

A bitter battle for control of the game and its lucrative revenue began after the organisers of the breakaway group filed a motion "before the relevant courts" to "ensure the seamless establishment and operation" of the competition, according to a letter seen by AP and AFP.

The letter is in response to a threat by European football's governing body that participating players and clubs would be banned from all other competitions.

UEFA said the clubs concerned "will be banned from playing in any other competition at domestic, European or world level, and their players could be denied the opportunity to represent their national teams."

As well as Manchester United, owned by the American Glazer family, US-owned Premier League clubs Liverpool and Arsenal, Abu-Dhabi backed Manchester City, Russian-owned Chelsea, and Tottenham Hotspur have signed up to the plans.

Barcelona and Atletico Madrid from Spain join Real Madrid. AC Milan and Inter Milan make up the trio from Italy along with Juventus.

Qatari-owned Paris St Germain and European champions Bayern Munich have not signed up to the plans.

Serie A clubs will meet today afternoon to talk about #SuperLeague situation - Juventus, Inter and AC Milan will not attend the meeting.

Spanish clubs are planning for a meeting on Thursday to discuss about Real Madrid, Barcelona and Atléti position after joining #SuperLeague.

The Super League said they aimed to have 15 founding members and a 20-team league with five other clubs qualifying each season and would start playing as "soon as is practicable."

The founding members will have automatic places in the Super League and would not need to qualify, nor could they be relegated.

The 15 clubs will also own the league through a private company and will share $4.21 billion to spend on infrastructure and recovery from the impact of the Covid-19 pandemic.

Soccer's world governing body FIFA had warned in January that any breakaway league would not be recognised by them and that players who took part in it would be banned from featuring in the World Cup.

However, FIFA took a softer tone on Sunday with a statement noting only its "disapproval" of a "closed European breakaway league" and with no mention of sanctions.

UEFA's ruling executive committee meeting in Switzerland on Monday was originally scheduled to rubber-stamp its plans to reform and expand the Champions League.

Those plans were to expand from 32 to 36 teams and create more group stage games before the knockout rounds.

The #EuropeanSuperLeague is everything Football has to be against...
It is Racist,Elitist,Entitlement Mentality of Rich Football Clubs that has created this #SuperLeague
Very Disappointed to see @Arsenal part of this Sham.
Every team shud have an Equal Opportunity to Play. pic.twitter.com/IgVdPoTEYI

In the past, breakaway threats have led to compromises between UEFA and the big clubs in the Champions League, Europe's elite club competition, over the format and revenue distribution.

But this is the first time the wealthiest clubs have gone beyond threats and taken the step of creating a new league which they own and announcing concrete plans to set up a rival competition.

The Super League clubs told leaders of FIFA and UEFA that legal action is already being pursued to stop them from action intended to thwart the launch of the breakaway competition, according to the letter.

The letter was sent by the group of English, Spanish and Italian clubs to FIFA President Gianni Infantino and UEFA counterpart Aleksander Ceferin.

“We are concerned that FIFA and UEFA may respond to this invitation letter by seeking to take punitive measures to exclude any participating club or player from their respective competitions,” the Super League clubs wrote to Infantino and Ceferin

“Your formal statement does, however, compel us to take protective steps to secure ourselves against such an adverse reaction, which would not only jeopardize the funding commitment under the Grant but, significantly, would be unlawful. 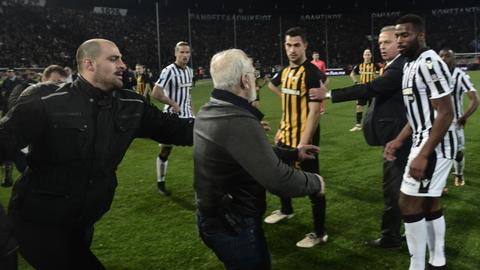 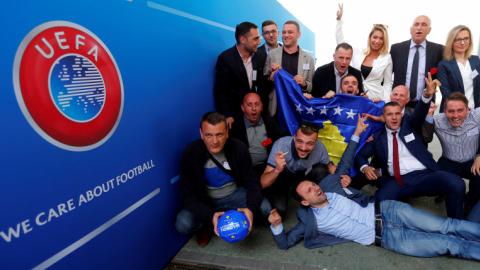 Kosovo becomes a member of UEFA despite dissent from Serbia 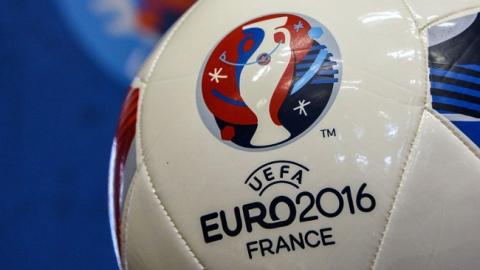