Turkish Foreign Minister Mevlut Cavusoglu says "concrete steps must be taken from now on," on the extradition of individuals accused of playing a role in the failed 2016 coup.

Türkiye expects from Sweden and Finland "not kind words but concrete steps" on the issue of extradition, before discussions can move forward on the two countries membership in the cross-Atlantic military alliance, NATO, the country's top diplomat has said.

Speaking at a joint news conference with his Gambian counterpart, Mamadou Tangara, Cavusoglu said "concrete steps must be taken from now on," on the extradition of individuals accused of committing crimes in Turkey, as well as the freezing of their assets and ending their alleged activities against Turkey.

The court said there were "several hindrances" to sending back the former editor-in-chief of the Zaman daily, who Türkiye accuses of being involved in a 2016 coup attempt to topple President Recep Tayyip Erdogan.

Cavusoglu said the decision is a "very negative development".

Kenes is the only person Erdogan has identified by name among dozens of people Ankara wants to be extradited in exchange for approving Sweden's NATO membership.

Kenes is considered a fugitive in Türkiye, for his alleged link as a member of the Fetullah Terrorist Organization (FETO).

FETO and its US-based leader Fetullah Gulen are accused of leading the failed 2016 coup that left 251 people dead and 2,734 others injured.

Türkiye, Finland, and Sweden signed a memorandum this June on the Nordic countries' bids for NATO membership.

The memorandum requires Finland and Sweden to take steps on Türkiye's terrorism concerns, including the extradition of terror suspects, and to lift an arms embargo.

In return, Türkiye would allow the Nordic countries to become NATO members.

However, Ankara has accused Sweden and Finland of not complying with the deal, as both nations have so far failed to extradite wanted individuals sought by Ankara.

Following decades - or in Sweden's case centuries - of staying out of a military alliance, the two countries made the historic decision to apply to join NATO after Russia attacked Ukraine.

The bid needs unanimous approval from all NATO members. 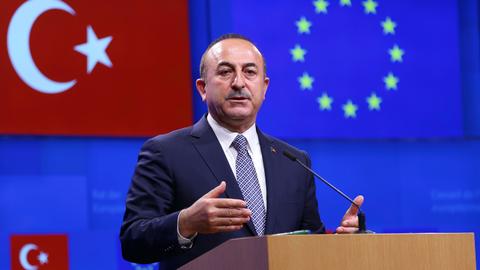