Turkish Defence Minister Hulusi Akar underlines that issues between Ankara and Athens should not affect the EU's and NATO's relations with Türkiye.

Athens moves against Ankara on the F-16 deal amounted to an "unfortunate attempt" by Greece and the country's attitude was "abnormal," Türkiye's Minister of National Defence, Hulusi Akar has said, referring to Greece's comments urging Washington not to sell the fighter jet to Türkiye.

In an interview with Anadolu Agency's Editors' Desk in the capital Ankara on Monday, Akar emphasised the necessity of dialogue to overcome issues standing between Ankara and Athens, adding Türkiye was never a threat to its allies.

"In all official and informal meetings, we call on Greece to meet and talk within the basis of international law ... We urge dialogue but they don't come. We want to talk and meet because we're strong," he said.

- Issues with Greece shouldn’t reflect on EU, NATO’s relations with us
- Athen’s up to something amid massive surge in defence budget, but it isn’t enough against us
- They must act in line with good neighbourly relations for dialogue pic.twitter.com/SgHONrX9Md

Akar also cited Greece's decision to increase its defence spending fivefold, underlining that Athens is "up to something" against Ankara.

He further stressed that issues between Türkiye and Greece should not reflect on the EU and NATO's relations with Ankara.

"If our air force is strong, is not only the Turkish Air Force that will be strong, but also NATO," he noted.

Voicing hopes that the F-16 deal would yield "positive" results, Akar said that if not, the world "has expanded and so have our options. A counter option could be made."

Asserting that Türkiye would continue with its counterterrorism operations resolutely, the minister said that a total of 2,226 terrorists had been "neutralised" this year alone.

Turkish authorities use "neutralise" to imply the terrorists in question surrendered or were killed or captured.

Türkiye's only aim is to protect its citizens' security and has "no eye" on any other country's territory, Akar said, adding that the sole targets of Türkiye's counterterrorism efforts are terrorists.

He pointed to the endeavours of its forces to ensure the security of local ethnic groups, saying, "We have made efforts to stabilise the region."

Referring to a recent attack on the Turkish Consulate-General building in the Iraqi city of Mosul last week, Akar said this incident indicated the real perpetrators of attacks against civilians.

He also reiterated Ankara's readiness to investigate and cooperate on uncovering the truth on a recent attack in the Duhok region, also in northern Iraq, which Türkiye says was the work of the terrorist group PKK, which often hides out in northern Iraq to plot attacks.

In its more than 35-year terror campaign against Türkiye, the PKK — listed as a terrorist organization by Türkiye, the US, UK, and EU — has been responsible for the deaths of more than 40,000 people, including women, children, and infants. 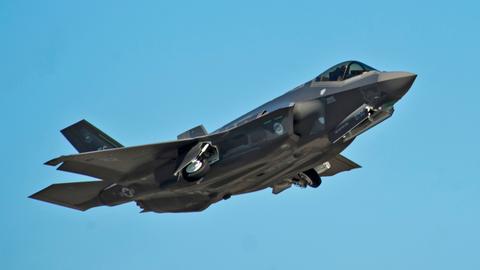