Turkish Cypriots to elect president in second round

Voters in the Turkish Republic of Northern Cyprus or TRNC will head to the polls again in the second round of the election, as candidates have failed to secure more than 50 percent of votes in the first round of the presidential race.

President Mustafa Akinci, an independent candidate, is the runner-up with 29.76 percent of the votes.

Tatar and Ersin will face off in the second round of the presidential election on October 18.

While Tatar defends the idea of a two-state solution in Cyprus or a two-state confederation with the Greeks, his rival Akinci insists on the federation system.

Tatar opened the coastline of the touristic city of Maras, which has been closed for 46 years, to civilians.

Akinci had strongly opposed the opening of the city under the Turkish Cypriot administration.

The leader who will win will also determine the direction of the Cyprus solution negotiations, the energy and sovereignty struggle that has recently marked the eastern Mediterranean, and the future of the Maras initiative.

The first major test for the winner will likely be a meeting hosted by UN Secretary General Antonio Guterres that will bring together the two sides with Cyprus' three "guarantors", Greece, Turkey, and Britain, to scope out the chances of resuming frozen peace talks.

The Mediterranean island has been divided between TRNC in the north and the Greek Cypriot administration in the south since 1974.

Offshore gas exploration around the island, part of a wider battle for influence in the eastern Mediterranean, has seen tensions soar between Greece and Turkey.

In 1974, violence broke out amid a Greek Cypriot attempt to forcibly unite Cyprus with Greece, then ruled by a right-wing military junta.

Turkey sent 40,000 troops under Operation Atilla, to the island's north.

The plan was rejected in a referendum by the Greek portion of the island, while Turkish Cypriots voted in favour of the plan.

Then in 2004, Greek Cyprus acceded to the European Union.

Turkey objected to this accession, as the European Union had made the passing of the referendum a condition for Cyprus' membership. 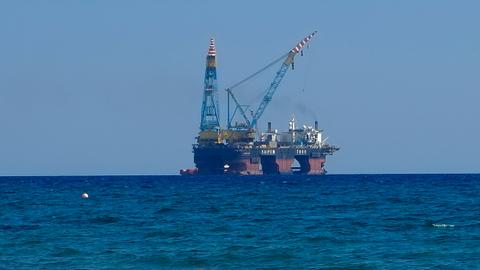