Turkish sailors arrive home after being rescued from pirate captivity

The Liberian-flagged Mozart ship had been en route from Nigeria's Lagos to Cape Town in South Africa when 15 Turkish crew members were kidnapped.

Fifteen rescued Turkish sailors arrived in Turkey early on Sunday after they were held hostage aboard a Liberian-flagged ship.

Turkey's Foreign Minister Mevlut Cavusoglu along with their families were a the airport to welcome the men home.

'We are very happy'

Turkey's Ambassador to Nigeria Melih Ulueren and other officials on Saturday had welcomed the sailors after they were rescued on Friday.

Speaking to Anadolu Agency, Ulueren said: “We are very happy to see our citizens among us in good health.”

In a pirate attack on January 23, 15 of the Liberian-flagged ship Mozart's 19 crew members were abducted.

One of them, an Azerbaijani national, was killed.

Following the attack, the ship anchored at the nearby Port-Gentil, but with only three of its surviving crew members on board. They were brought to Turkey on January 30.

The vessel was managed by Borealis Maritime, a firm based in London and Hamburg, Germany.

One of the Turkish sailors describes his experience while in captivity pic.twitter.com/EdvhllCGKu

The foreign ministers of Turkey and Nigeria spoke on Saturday to discuss developments following the release of Turkish sailors from pirates’ captivity a day earlier, diplomatic sources said.

The top Turkish diplomat also spoke to the captain of the ship, in a separate phone call, according to the sources.

Press Release Regarding the Rescue of Turkish Citizens Kidnapped in the Gulf of Guinea https://t.co/ExuUAr5aH2 pic.twitter.com/hFw58Ts7Ym

The Gulf of Guinea, off the coasts of Nigeria, Guinea, Togo, Benin and Cameroon, is the most dangerous sea in the world for piracy, according to the International Maritime Bureau.

In July 2019, 10 Turkish seamen were kidnapped off the coast of Nigeria. They were released less than a month later. 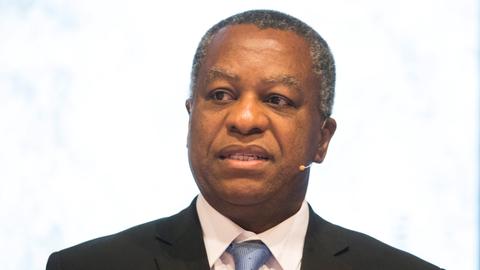 Nigeria working to have US travel ban lifted - foreign minister