Why Turkey and Greece have so many differences

The eastern Mediterranean crisis is the latest episode in a difficult relationship between Ankara and Athens. Here are some of the major disagreements between the two.

Turkey and Greece, countries that share not only a land border but also a contentious sea border in the Aegean Sea, have several critical disagreements with each other ranging from the status of the Aegean Sea islands to the Cyprus dispute and others.

Many issues between the two countries are rooted in historical context — from Byzantine times, up until World War I and the Turkish War of Independence. Historically, Athens has tried to claim Turkish territory from Ankara on a number of occasions, and several Greek ultra nationalists still hold on to that notion.

Today’s disagreements revolve mainly around the Aegean, Cyprus and the eastern Mediterranean.

Greece had been under the Ottoman rule for nearly four centuries since the mid-16th century, and most of the time, Orthodox Christian Greek populations were on good terms with Istanbul, then-capital of the Ottoman empire, the predecessor state of Turkey.

Since the Greek Rebellion of 1821, relations between the Turks and the Greeks deteriorated as major foreign powers like Britain, France and Russia encouraged the Greeks to fight with the Ottomans to weaken the empire. Greece became an independent state in 1832.

Crete, the fifth largest island in the Mediterranean Sea, became part of Greece in the late 19th century after a bloody rebellion against the Ottoman Empire. Athens also claimed most of the Aegean Sea islands from the Ottomans with the help of Western powers.

In its latest track, following World War I, in early 1919, Greece attacked the Anatolian heartland of the Ottoman Empire, invading its western territories under the tutelage of Britain and other European powers.

During the Turkish War of Independence, Greek forces were defeated by the National Forces (Kuvayi Milliye in Turkish) assembled under the leadership of Mustafa Kemal Ataturk, the founding father of the Republic of Turkey, forcing Greek forces out of the Anatolian peninsula.

At the end of the war, Ankara, the new emerging capital of Turkey, signed the Treaty of Lausanne with Greece and other major powers including Britain, France and Italy, determining its western borders with Athens and partly addressing some of its eastern and southern border issues with Syria, which was under the French mandate, and Iraq, which was under British mandate.

Despite the peace treaty, some issues between Turkey and Greece, which included the status of islands in the Aegean Sea islands and the Cyprus dispute, have not been addressed adequately, creating several political deadlocks between the two countries.

The problematic status of the Aegean islands

Aside from two islands, Gokceada (Imbros) and Bozcaada (Tenodos), close to the strategically critical Turkish strait of the Dardanelles — where the Ottoman Empire fought the legendary battle of Gallipoli  during the World War I — all of the other Aegean islands were left to Greece according to the treaty.

Kastellorizo, an island considered part of the Dodecanese island system despite being located in the eastern Mediterranean, has recently become a tense point between the two neighbours. This island was granted to Athens in the treaty despite the fact that it’s just 2 kilometres away from Turkey’s southern coast and nearly 600 kilometres from the Greek mainland.

Using the status of these islands as a pretext to expand its territorial waters, continental shelf and other maritime rights in the Aegean and Mediterranean seas, Greece claimed almost all of the sea territory along Turkey’s western and southern coasts as its own.

With the newly discovered gas reserves in the eastern Mediterranean, the disagreement over maritime rights has further escalated tensions between Turkey and Greece.

Ankara firmly rejects Greek claims, saying that it would  be totally illogical and unfair for any country to accept such a sea border.

“No one can confine Turkey, which has the longest coastline in the Mediterranean, to the shores of Antalya [a large province in southern Turkey],” Turkish President Recep Tayyip Erdogan said last week.

“We are determined to defend the maritime rights of our citizens and the people of the Turkish Republic of Northern Cyprus (TRNC),” he added.

Cyprus, the third-largest Mediterranean island, is another point of contention between the two countries. The island is home to both Greek and Turkish populations.

The island, which had been under the Ottoman rule for more than three centuries, was put under British rule through the Treaty of Lausanne.

Cyprus became independent in 1960 as the Republic of Cyprus and three countries, Turkey, Greece, and Britain were made its guarantor states, according to the Zurich and London Agreements.

But disagreements between the two ethnic groups could not be resolved under the Republic of Cyprus as Greece began operating under a political doctrine, ‘Enosis’, which aimed to join Cyprus with Greece as it did with Crete, whose Turkish population was forcibly expelled after the Greek takeover in the late 1890s.

Enosis, is closely related to the ‘Megali Idea’, an irredentist idea that dictated Greek policy for around a century after the establishment of its republic and governed that the country should annex all formerly ethnically Greek lands. Today, several Greek nationalists still cling onto these ideologies.

In July 1974, the Turkish government intervened in the northern part of the island with the intention of protecting the Turkish population after a short-lived Greek-orchestrated coup on the island aimed at union with Greece.

Since then, the disagreement between Western states, primarily Greece, which have opposed Turkish intervention and military presence on the island, and Turkey, which firmly defends its presence in the island to protect Turkish Cypriots against Greek aggression, has created a deadlock known as the Cyprus Issue.

The Aegean and Cyprus disagreements have played a major role in contributing to recent tensions between Turkey and Greece in the eastern Mediterranean, where newly discovered rich gas reserves have accelerated exploration efforts, increasing divisions between the two countries.

Using the problematic status of eastern Aegean islands close to the eastern Mediterranean and the GCA, Greece claims a considerable part of the region’s territorial waters and other maritime rights including gas exploration efforts.

Turkey has been opposing both Greece and Greek Cypriot efforts of gas exploration in the eastern Mediterranean on two main foundations which refer to its national continental shelf rights in the region and the country’s protection of Turkish Cypriot rights concerning their stakeholdership in all of the island’s natural sources.

First, Turkey argues that most of the Greek Cypriot exploration efforts in the respective region are problematic, violating the country’s continental shelf rights along its Mediterranean coast.

Second, Ankara, long the defender of national and territorial rights of Turkish Cypriots against a Greek-dominated state apparatus, views Greek Cypriot gas exploration efforts, conducted without any consultations with Turkish Cypriots, “co-owners” of the island, and the Turkish government, as unacceptable.

Most recently, Turkey and its Turkish Cypriot allies have begun military exercises in the region under the name of ‘Mediterranean Storm’. 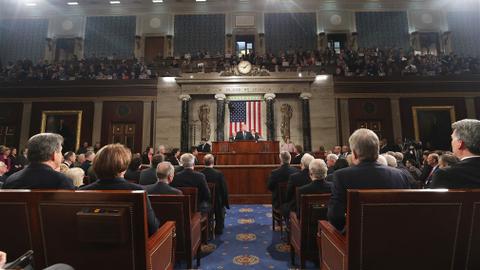 As the US ends its Cyprus arms embargo, will it destabilise the region?