Afghan forces say they have retaken Jalalabad prison after at least 29 people were killed in an hours-long battle following a Daesh-claimed attack on the facility.

Afghan forces have regained control of a prison in the country’s east after at least 29 people were killed in an hours-long battle following an attack on the compound claimed by the Daesh terror group.

The assault led to a mass jailbreak from the prison believed to be holding hundreds of Daesh members.

Sporadic gunfire rang out from nearby residential buildings in central Jalalabad, an area of high security near the Nangarhar provincial governor's office.

The attack highlighted the challenges ahead for Afghanistan, even as US and NATO forces begin to withdraw following the Trump administration striking a peace deal with the Taliban.

As security forces swept through the prison, they found the bodies of two Taliban prisoners apparently killed by the Daesh, showing the tensions between the two militant factions battling each other in eastern Afghanistan.

The attack began on Sunday, when a Daesh suicide bomber drove a car laden with explosives up to the prison's main gate, detonating the bomb. Daesh militants opened fire on the prison's guards and poured through the breach.

Some 30 militants were involved in the attack on the prison, which houses around 2,000 prisoners, of which several hundred are believed to belong to the Daesh affiliate, according to Sohrab Qaderi, a lawmaker in the capital of Nangarhar province.

The Daesh news outlet, Amaq, announced that its fighters were behind the prison raid, according to the SITE Intelligence Group.

Police were forced to divert manpower to recapture escaped prisoners amid the chaos, and by noon on Monday around 1,000 had been caught, Qaderi said, without elaborating on how many were still at large.

A city-wide search for them had been launched, another security source said.

It wasn't immediately clear if there were specific prisoners housed in the prison that the attack was staged to free.

Killing of a senior Daesh militant

Daesh terror group claimed responsibility for the attack, which came a day after the Afghan intelligence agency said special forces had killed a senior commander of the group near Jalalabad, the provincial capital of Nangarhar.

A statement late on Saturday by the National Directorate of Security said the slain militant was Assadullah Orakzai, an intelligence leader for the Daesh affiliate in Afghanistan.

Orakzai was suspected of being involved in several deadly attacks against both military and civilian targets in Afghanistan.

Ceasefire between government and Taliban

The Taliban denied they were involved in the assault, that came on the final day of a rare truce between the insurgent group and Kabul to mark the Eid al Adha holiday.

"This is not our attack. Our mujahideen are not yet authorised to carry out attacks," Taliban spokesman Zabihullah Mujahid said.

Hundreds of Taliban prisoners were recently released in an attempt to make a final push for intra-Afghan peace talks.

President Ashraf Ghani and the Taliban have both indicated that long-delayed negotiations could begin immediately after the Eid al Adha festival, which took place in Kabul on Thursday.

The Taliban says it has freed all 1,000 Afghan prisoners it had pledged to release in a deal with the United States.

Afghanistan's eastern province of Nangarhar has seen regular attacks, several of them claimed by Daesh.

On May 12, a suicide bomber killed 32 mourners at a funeral for a police commander in the province in one of the deadliest attacks this year.

Still, a UN report last week said Afghanistan saw a 13 percent drop in the number of civilians killed and wounded in violence across the country in the first six months of the year, compared to the same period last year.

Another UN report last month estimated there are around 2,200 Daesh members in Afghanistan, and said that while its leadership has been depleted, Daesh still counts among its leaders a Syrian national Abu Said Mohammad al Khorasani.

“Although in territorial retreat, [Daesh] remains capable of carrying out high-profile attacks in various parts of the country, including Kabul. It also aims to attract Taliban fighters who oppose the agreement with the United States,” the report said, referring to a US peace deal signed with the Taliban in February.

That deal was struck to allow the US to end its 19-year involvement in Afghanistan, and calls on the Taliban to guarantee its territory will not be used by terrorist groups.

The deal is also expected to guarantee the Taliban’s all-out participation in the fight against Daesh.

In March, a lone Daesh gunman rampaged through a Sikh house of worship in the heart of the Afghan capital, killing 25 worshippers and wounding eight.

The gunman held many worshippers hostage for several hours while Afghan special forces, helped by international troops, tried to clear the building. At least one of the dead was a child. 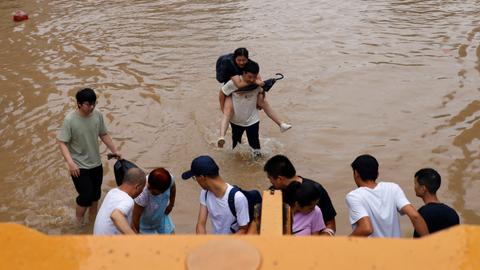 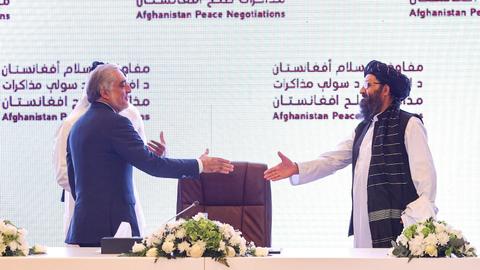 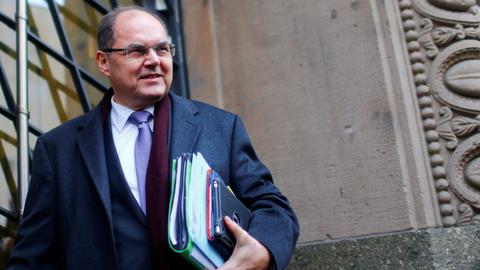 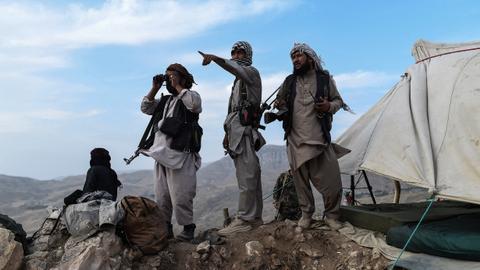