Last month, DPRK carried out a record nine missile launches and tested a developmental hypersonic missile and a submarine-launched missile.

North Korea is pressing ahead with the development of its nuclear and missile programmes despite international sanctions.

North Korea kept developing "its capability for production of nuclear fissile materials," according to a confidential report, which was compiled by sanctions monitors and shared with the 15 UN Security Council members recently.

DPRK also continued to seek material, technology and know-how for these programmes overseas, including through cyber-means and joint scientific research, it added.

Pyongyang is under major sanctions over its weapons programmes, including a ban on exports of coal, iron, lead, textiles, seafood and other products.

The document also said North Korea resorted to cyberattacks, especially on cryptocurrency assets, as an important source of government revenue.

The UN experts noted a sharp increase in the quality of illicit refined petroleum imports last year, "but at a level much lower than that of previous years."

While Western countries have steadily pushed for more pressure on Pyongyang, Beijing and Moscow have called for easing sanctions on humanitarian grounds and urged more flexibility when dealing with North Korean leader Kim Jong-un.

Pyongyang conducted an unprecedented seven weapons tests in January, including launching its most powerful missile since 2017 as it hinted it could restart nuclear and long-range missile tests. 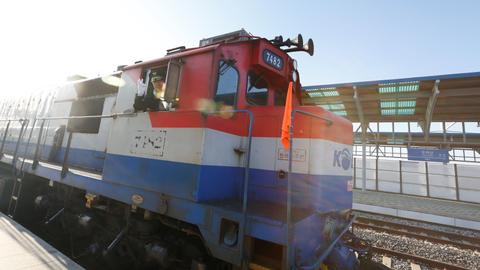