There was no immediate claim of responsibility for the attack which killed at least five civilians in the Afghan capital, but suspicion fell on Daesh terrorists who have stepped up attacks on the Taliban in recent weeks.

Taliban forces have raided an Daesh-Khorasan hideout in the Afghan capital and killed several terrorists, hours after a deadly bombing outside a mosque in Kabul, the Taliban has said.

Sunday's bombing outside the Eid Gah mosque killed five civilians, and while no claim of responsibility was made, suspicion quickly fell on the Daesh group, which has ramped up attacks against its Taliban enemy since their takeover of Kabul in mid-August.

Taliban officials had gathered at the mosque to mourn the passing of Taliban spokesman Zabihullah Mujahid's mother.

In a statement on Monday, Mujahid said Taliban forces raided an Daesh operations centre in the northern Kabul neighbourhood of Khair Khana.

It did not say how many Daesh terrorists killed or whether any Taliban were injured in the operation.

Sunday's bombing was the deadliest attack since the Taliban took control of Afghanistan with the chaotic departure of the last US troops on August 31.

READ MORE: A case of competing martyrdoms between Daesh-K and Taliban in Afghanistan

Taliban launches an operation against Daesh-K after an explosion rocked Kabul killing at least five civilians. Our correspondent has the latest from the Afghan capital pic.twitter.com/hTZJlaJXtz

The Daesh terror group had claimed responsibility for the horrific bombing on August 26 that killed more than 169 Afghans and 13 US military personnel outside the Kabul airport, where thousands of people were trying to reach the airport to escape Taliban rule.

The Daesh reemerged in Afghanistan in 2020 after being weakened by a heavy US bombing campaign directed against them in the eastern part of the country in 2019.

They were blamed for a horrific attack in 2020 on a maternity hospital that killed 24 people, including newborn babies. Earlier this year, they were held responsible for a brutal attack on a school in Afghanistan's mostly Shia neighbourhood of Dasht-e-Barchi that killed more than 80 students.

Sunday's bombing underscores the growing challenges for the Taliban.

The group carried out frequent attacks during their 20-year insurgency, but are now faced with trying to contain rival militants who have used the same methods.

And they are doing so during a national economic meltdown without the massive foreign aid given to US-backed government they toppled. 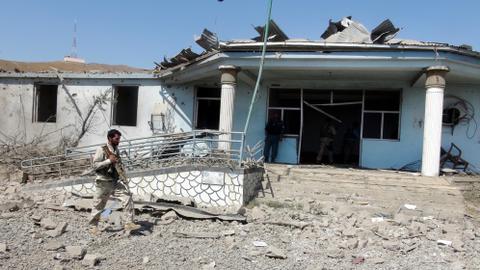 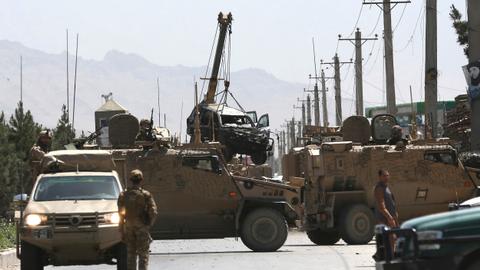