How Iran became a beneficiary of the Russia-Ukraine war

Tehran is betting on the resumption of oil exports as Russia's actions in Ukraine have brought the energy market closer to collapse.

The Kremlin-initiated operation in Ukraine has predictably caused the price of oil to move up, which market analysts view as unequivocally negative. On Thursday, the international rating agency Fitch said that the armed conflict linked with sanctions against Russian oil exports would inevitably push oil prices $100 per barrel, a scenario that threatens to "provoke an energy crisis" on a global scale.

According to experts from the research company Energy Aspects, the world markets are now "torn" between the risks around Russian expansion in Ukraine and the "growing potential" of a deal in the indirect talks between Iran and the United States in Vienna. As Energy Aspects geopolitics manager Richard Bronze notes, the prospect of a second nuclear agreement with Tehran now seems to outweigh fears of oil supply disruptions due to the Kremlin takeover.

Energy Aspects draw attention to the fact that Iran has up to 80 million barrels of oil in stock now. Part of this volume is contained in tankers near Asian buyers and is ready for sale as soon as possible. Then, after the nuclear deal, Tehran could increase domestic production by 1.2 million barrels per day, which would saturate the market. This benefits not only the economy of the Islamic Republic, which has suffered from sanctions, but also the administration of President Biden, which is struggling to make fuel cheaper.

Tehran cannot fail to understand the consequences of economic fluctuations against the background of the Russian invasion of the sovereign territory of a neighbouring state. As Farshad Parvizian of the Iranian Association of Economists noted, "the impact of the war between Ukraine and Russia" will be felt by the global energy market for a long time to come. "Given our country's oil wealth, it will be very effective for Iran's economy," the analyst stated frankly.

Iranian officials, however, are trying to pretend nothing special happened. The other day Saeed Khatibzadeh of the Foreign Ministry used the favourite strategy of the local officials, expressing the belief that the situation in the East of Ukraine is complicated exclusively by "the intervention of NATO and the provocative actions of the alliance headed by the US". According to him, the Islamic Republic "is keeping a close eye on the situation in eastern Ukraine.

A week earlier, during telephone talks with Ukrainian Foreign Minister Dmitry Kuleba, Iranian Foreign Minister Hossein Amir Abdollahian offered any assistance "to resolve the crisis peacefully." "We want peace and stability to be preserved in the region," the head of the diplomatic mission stressed.

Tehran's openly pro-Russian response did not satisfy Iranian activists. Amir Tafreshi, the founder of the Islamic student movement In Search of Justice, noted that the country should condemn the Kremlin for violating Ukraine's territorial integrity. "Any delay in announcing this position will increase suspicions that Russia dominates Iran's foreign policy," the politician wrote on Twitter.

Collusion between Biden and the Ayatollahs

For his part, Mikhail Ulyanov, head of the Russian delegation to the Iranian talks and permanent representative of Russia to international organisations in Vienna, hastened to assure that his country's invasion of Ukraine would not affect the dialogue around the nuclear deal. "The problems of the Vienna talks and Donbas do not intersect in any way on the international agenda. In Vienna, the negotiations are going on as usual. Russia plays a prominent role in this process. Negotiations are nearing completion," the diplomat reported.

But the destabilising market is an incentive for Iranian negotiators, who did not have much leverage over their counterparts in the Vienna talks. "That's why, after months of stalling in Vienna, in the days leading up to Russia's recognition of separatist enclaves in eastern Ukraine, we heard that an Iran deal was close to being signed," writes Irina Zuckerman, CEO of the consulting firm Scarab Rising. Biden mentioned buying cheap Iranian oil as a response to high U.S. gas prices, and that policy has been followed by the media now, too.

She believes that the Biden administration cynically used "Russia's destabilisation of the global energy market" to gain additional arguments to reinstate the nuclear deal and return to its old policy of appeasing Iranian “hawks.” "Ukraine was probably sacrificed in advance, in exchange for a lucrative energy deal and Iranian cooperation in Vienna," the researcher rendered her verdict.

However, as Russian experts suggest, things could be much simpler. Alexander Bakhtin, an investment strategist at BCS World Investments, did not rule out that the Biden administration might go ahead with easing or lifting restrictions on Iranian oil exports even without signing the Vienna agreements.

"One of the reasons for this is that Joseph Biden's administration is concerned about the strong growth of motor fuel prices in the U.S. and therefore makes a significant investment to influence the decrease in the quotations of black gold," he said. 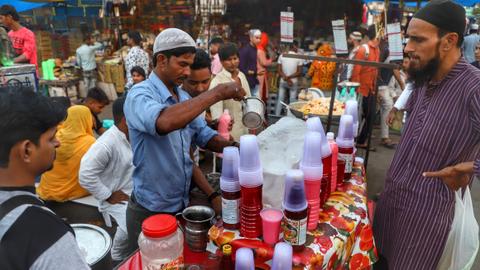 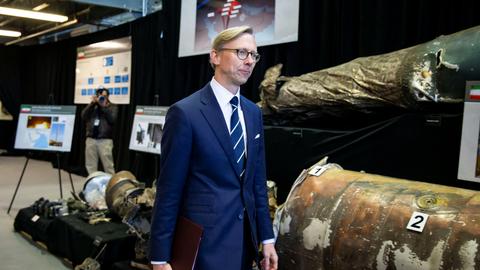