Board of Deputies of British Jews came under criticism for giving a platform to Israeli ambassador Tzipi Hotovely and letting her get away with calling the expulsion of Palestinians a 'very popular Arab lie'.

The new ambassador of Israel to the United Kingdom, Tzipi Hotovely, made desperate attempts to deny Nakba, a popular historical event that marked the violent expulsion of Palestinians at the hands of Israeli occupying forces in 1948.

For a moment, Hotovely exhibited the uninformed or rather hate-filled traits of Holocaust deniers, as she described the Nakba as "a very strong and very popular Arab lie," while addressing people at an event organised by the Board of Deputies of British Jews on Tuesday.

The 42-year-old ambassador also said that the displacement of Palestinians since the establishment of Israel in 1948 on Palestinian lands is "a made up story".

Known for espousing divisive, far-right views, Hotovely has come under fire for making controversial and racist remarks about Palestinians in the past, too. She opposed interfaith marriages in Israel and criticised the Board of Deputies of British Jews’ political manifesto that expressed support for an independentPalestinian state.

Hotovely’s latest comments were uploaded in a short video clip on Twitter by British Jews Against Occupation (BJAO), a non-profit that campaigns against the Israeli atrocities in Palestinian territories.

"We will never defeat racism while our communal organisations are giving it a platform," BJAO said in a written statement, condemning the Board of Deputies of British Jews for inviting Hotovely.

The organisation also added that "Hotovely's views cannot be allowed to be normalised in our community with invites to celebratory events."

"She is a racist who supports a single state where Palestinians don't have equal rights," BJAO said.

The newly assigned ambassador has been a staunch supporter of Israeli settlements on Palestinian lands, besides taking pride in calling herself “a religious right-winger".

Last year, Hotovely slammed the British Board for Deputies for British Jews, the very same organisation that provided her a platform on Tuesday for supporting the formation of a Palestinian state.

She accused the board of "working against Israeli interests".

Hotovely’s latest remarks about Nakba and the displacement of Palestinians have sparked an outrage not only amongst Palestinians but also rights groups and pro-Palestinian Jewish quarters the world over.

The Board of Deputies of British Jews is officially recognised by the British government, which considers it a representative of mainstream Jewish thought in the UK. The board's invitation to the controversial ambassador raised eyebrows because such a move signals the organisation may be contemplating moving closer to the Israeli far-right, which could be anticipated as the official view of British Jews.

Circulating a petition in Britain, the British Jews Against Occupation called on the country's Jewish population to write to the Foreign Office to reject Hotovely’s accreditation.

"Hotovely has demonstrated a complete disregard for international law throughout her political career, and has an appalling record of racist and inflammatory behaviour," the petition read.

What is Nakba, the ‘Arab lie’ says Hotovely

It was the day in which tens of thousands of people were forced from their homes during the war that led to the creation of the State of Israel in 1948. Palestinians reaffirmed their right to return to their homes and villages in historic Palestine on Nakba day.

This year is the 72nd anniversary of Nakba. On May 15, 1948, some 750,000 Palestinians were expelled into refugee camps that still exist in the West Bank, Gaza, Jordan, Syria and Lebanon following the creation of the State of Israel in 1948.

Approximately 600 people were attacked by militias in the Palestinian village of Deir Yassin. More than 100 Palestinians were killed. The massacre was pivotal in pushing Palestinians to leave their homes. For hundreds of years, Jews and Arabs lived in Palestine as citizens of the Ottoman Empire but that status quo ended in the aftermath of World War I and the establishment of the British Mandate of Palestine.

The 1917 Balfour declaration by the UK promised Palestine to the Zionist movement despite the large Arab majority in the region. Palestinians were to suffer further when the West Bank and Gaza fell to the Israelis during the 1967 war.

Millions of Palestinians, including those displaced by the establishment of Israel, now found themselves having to live under military occupation, as well as further Israeli expansionism in their lands.

As of 2010, 42 percent of territory in the West Bank was under the jurisdiction of Israeli settlements or directly controlled by the Israeli military. In April of 2020, Israeli Prime Minister Benjamin Netanyahu announced his intention to annex the West Bank with the support of the US. 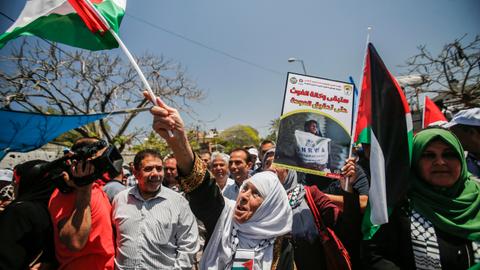 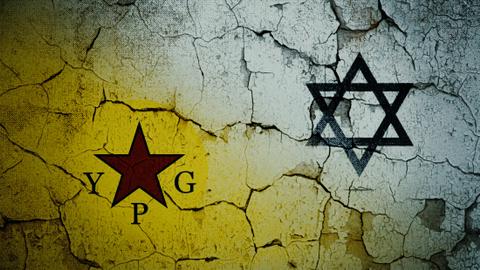