Soon after the end of the Najib Razak-led government, cartoonist Zulkiflee SM Anwar Ulhaque no longer faced a travel ban and the new administration dropped sedition charges against him.

Zulkiflee SM Anwar Ulhaque brought up on screen a black-and-white drawing of a fountain pen in an ink pot, captioned with his signature line. “How can I be neutral?” he said, reading from the slide while speaking at an investigative journalism conference last year in Seoul, “even my pen has a stand”. The assembled journalists laughed and clapped.

Anwar, 56, a popular Malaysian cartoonist known by his pen name Zunar, has never been neutral, often taking combative, critical stands that have earned him a spot in the crosshairs of Malaysia’s powerful elite.

Zunar has never hesitated to attack corruption, government overreach, nepotism and censorship. His work has been banned for threatening public order, he has been arrested five times and slapped with sedition charges, attacked by protestors, and hounded for his subversive cartoons on the malfeasance of the Najib Razak-led government.

In 2017, he even considered fleeing the country and taking political asylum in the West, calling off the journey at the last minute. “It came to my mind that if I go, I only save myself,” he said, on the sidelines of a conference in Addis Ababa. “If I stay I will save my country.”

For his doughty spirit and his commitment to the good fight, he has won the Human Rights Watch Hellman/Hammett Award and the International Press Freedom Award from the Committee to Protect Journalists.

“The biggest enemy for me is not the law or a corrupt regime it is self-censorship,” he said. “When I draw, I don't care about the government, I care about what I must do now. If I think if I draw this will I go to jail again, then you can’t draw. Then you try to be soft in your cartoon and that’s the end of a political cartoonist. But I have to make sure the facts are correct.”

Since the Razak government fell in May 2018 and an opposition coalition came in its place, some of the pressures have eased on Kuala Lumpur-based Zunar. For one, a June 2016 travel ban preventing him from leaving the country was lifted. The new government dropped the nine sedition charges against him. He returned with a new exhibition in May, in Penang, his first solo show since an earlier street exhibition was attacked in 2016. In April, a court ordered the government to pay him damages for a book ban.

“I want this to become a precedent to any future book bans,” he said. “If you don't agree with the content of the book you don't read it. It is very simple.”

Despite the change in government and possible murmurs that the colonial-era sedition law -- used against Zunar -- could go, for now it remains on the books, much to his chagrin.

“The problem with this law is the interpretation is too wide. Anything can be seditious. You have breakfast, you can say this is a seditious breakfast,” he said, chuckling. “I’ve been fighting for this. That's why I’m frustrated with the new government. They promised to abolish this during the election, but they have still not done it. When people ask whether this government can grant freedom of expression I say, I can't say that. They may not use [this law] now but there is no guarantee they aren't going to use it. Because the law is still there.”

Banning was not new to Zunar, whose first published cartoon was when he was 12 and whose first banned cartoon was for the school magazine when he was 17. A short, jolly man, with grey hair, Zunar bristles with jokes, both on the page and off. He has pithy responses and well-thought-out zingers to everything. To an audience question on the future of cartoons, pat came the reply: “They have a great future because people have become too lazy to read,” he said. “Nowadays there is a lot of depression. Cartoons are a medicine for that.”

But punchlines notwithstanding, the art of constructing a cartoon is a dead-serious business. For Zunar it is a four-stage process: ascertaining the facts on a topic, deciding his stand, creating a direction for the cartoon and finally the joke. “And the joke must not sacrifice the other three. It must be in line.”

Regime change notwithstanding, Zunar says his role as a political cartoonist for the most part is unchanged: to criticise the government of the day. Still, Zunar’s critics believe he has been going soft on the new regime, and has blunted the edge of his attacks. He admits in some ways, his approach is different; the earlier mission was to oust the government. “Last time the situation in the country was very bad. I needed to go hard,” he said. “Earlier corruption was unacceptable… You need to understand that in our 60-year history, this is the first time we changed the government. We can’t expect changes in the economy as quickly.”

His focus now is on helping rebuild the country through educational cartoons, and he also plans to start a small academy for cartoonists. “You can’t learn to be a cartoonist. But a cartoonist needs to learn,” he said. “Good cartooning is not about how beautiful your drawing is. You need to learn everything; the law, current issues, medical issues, diplomatic issues. Sometimes if the art is not so good it can be acceptable if there is good content in it. Cartoonists need to learn more than art.”

Bhavya Dore is a journalist who has written for Caravan, Quartz, Scroll, Forbes, Hindu, BBC, Mint, ESPN and others. 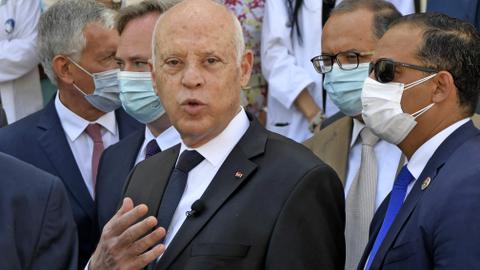 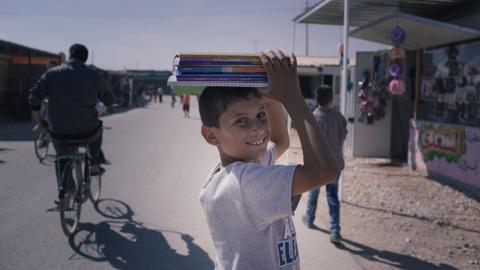