Palestinian MP Khalida Jarrar is free again, and ‘not ashamed of crying’

Now free, the feminist lawmaker’s heart aches for her late daughter and other Palestinian women who remain imprisoned.

After her release from an Israeli jail, Palestinian parliamentarian Khalida Jarrar is overcome with feelings a lot, but none those are joy. In her 58 years, most spent as a political, humanitarian and civil society leader, she’s been detained multiple times, but this time she admits, it was particularly challenging, harder.

Jarrar’s 31-year-old daughter Suha, also a human rights activist, suddenly passed away from cardiac arrest in July in Ramallah, and Israeli authorities didn’t allow her to attend the funeral.

“I had mixed feelings, that I really wanted to run to her, now that I'm free,” Jarrar told TRT World after her release. “But at the same time, I was really sad that Suha wasn’t waiting for me this time.”

Her latest arrest came in October 2019, when the Israeli army knocked on her door just a few months after she was released from her previous detention that lasted 20 months. Held without trial or charges several times in the past, Jarrar was sentenced to two years for being a member of the Popular Front for the Liberation of Palestine (PFLP) since leftist political group including both a political party and an armed wing since 2006. Israel, the United States and other Western countries list the organisation as a terror group.

Jarrar was elected as a member of the now-defunct Palestinian Legislative Council (PLC) that same year and was appointed to the Palestinian National Council (PNC). Her work mainly focused on community organising, and issues surrounding social change and former prisoners.

Israeli authorities could not find any evidence of Jarrar’s personal involvement with “organizational or military aspects of the organisation.”

More than 400 organisations are labelled as “hostile,” or “terrorist” by Israel. Besides PFLP, all major Palestinian political parties, including the ruling Fatah party, the Palestine Liberation Organization (PLO), as well as some charitable organisations, and media outlets are included in the designation list.

Practically, this means that any political activity or activism within Palestine in relation to these designated organisations can lead to criminal charges by Israel. In Jarrar’s case, her ever changing indictments on several counts each time involved charges such as attending a book fair, and visiting a former prisoner.

Jarrar’s first arrest was in 1989, less than a year after her second daughter Suha was born - for participating in International Women’s Day protests. Her husband of over 40 years, Ghassan, a children's toys and furniture manufacturer, then was already behind bars, where he would stay for 11 years in total. Growing up, Jarrar’s two daughters have seen both of their parents being arrested and released over and over again, and in their adulthood, they too, became activists.

Leaving the prison, the first thing Jarrar did was head to the cemetery in Ramallah, where she was only allowed to send “flowers and a kiss from prison” to say goodbye to Suha. As Ghassan held her tight, she hugged her daughter’s tombstone and shed tears before making any political statements.

Over the years, Jarrar was able to attract immense international support and media attention with her resilient stance. But she isn’t apologetic about prioritising her mourning.

“We’re human beings...and we’re not ashamed of crying,” Jarrar recalls explaining herself during the funeral. For her, embracing and showing us what makes her human is a testament to being a humanitarian.

“The occupation doesn’t realise that we are human beings,” she says. “It doesn't treat us in a humanitarian way.”

The women that were left behind

While mourning, the next priority for Jarrar was the freedom of around 40 Palestinian women who are still held behind bars. “Freedom is a basic human need,'' Jarrar repeated several times over the phone.

“What women prisoners need (first and foremost) is only to be free -- out of the prison,” she said. “I hope my people will be free from occupation, too.”

The lawmaker was advocating for Palestinian women and was drawn closer to women’s rights when she was imprisoned in 2015 and she collected stories of other Palestinian women in prison. She taught them English, and assisted efforts to revive the old Palestinian prisoners’ tradition to educate themselves while in prison.

At that point, Jarrar was the only woman who was under what Israel calls “administrative detention” -- a controversial Israeli policy that allows suspects to be held without charges or trial for renewable six-month periods that often turns to lengthy detentions with the approval of military courts. By international law, it’s only allowed when under emergency and only if there is a fair hearing where the suspect can challenge the court.

“There are no specific charges against her except that she was elected to the Legislative Council on a list that Israel rejects,“ her husband Ghassan said. ”It is a political persecution.”

There are around 4,850 Palestinian detainees in Israeli prisons, including 520 administrative detainees and at least 220 children.

Not being with her daughter in her final moments was only the most recent consequence of the lawmaker’s advocacy. After attending a Human Rights Defenders' Summit in Paris in 1988, Israel banned her from travelling outside of the occupied Palestinian territories.

"I belong to my people, who are under occupation. Whatever I have done in the past and will do in the future, is for them," she says, with no regrets.

“I will continue my work for the freedom of my people and against the injustice around the world.” 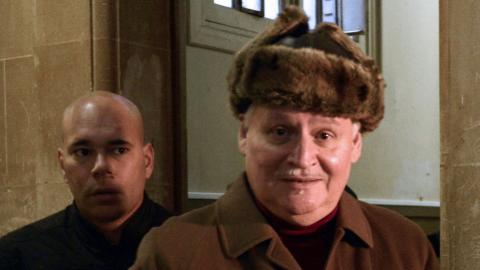 "Carlos the Jackal" to stand trial for 1974 grenade attack 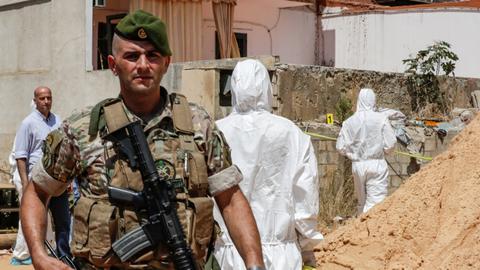