Why Pakistan is coming down hard on Iran

The country’s overstretched patience with its southwestern neighbour is wearing thin over the Baloch insurgency.

In the dead of night on January 25, dozens of militants bearing advanced assault rifles and night-vision devices swooped down on a solitary paramilitary checkpost in Kech, some 180 km from Pakistan’s border with Iran, in the southwestern province of Balochistan. The sudden assault lasted for more than five hours, claiming the lives of 10 Pakistani troopers. The attackers reportedly fled to Iran.

The attack was later claimed by the Baloch Liberation Front (BLF), one of the most lethal Baloch separatist groups stoking a decades-long armed struggle against the Pakistan Army, which operates out of southeastern Iran.

While relations between Iran and Pakistan have steadily deteriorated over cross-border militancy in the past few years, analysts assess that the sharp increase in terrorist attacks since last year, mainly in Pakistan’s restive Balochistan province, has put the country's security establishment on tenterhooks.

Three days after the attack in Kech, Pakistan’s Federal Investigation Agency stumbled upon a surprising discovery in the backroom of a money exchange company in Karachi. They found a network funneling millions of rupees from "a foreign intelligence agency" to proscribed militant groups in the country. Thirteen employees were rounded up, and days later, a senior bureaucrat was arrested in connection with the raid.

While the foreign intelligence agency behind the racket was barely identified in press conferences and local media coverage, a senior security official, on condition of anonymity, confirmed to TRT World that it belonged to Iran.

Then, on February 2, a coordinated attack on the paramilitary Frontier Corps headquarters in the towns of Panjgur and Noshki — areas close to the Iran border and the Baloch-majority regions in Afghanistan, respectively —stunned the nation. It took the army three days to clear the sites of the suicide attackers who, it said, were trained in Afghanistan by the Indian intelligence.

On February 14, Iran’s interior minister Ahmad Vahidi arrived in Islamabad for a day-long visit with the Commander of the Iranian Border Guards, Brigadier General Ahmad Ali Goudarzi, among other high-ranking officials.

While Pakistani leadership hailed the historic “brotherly ties” with Iran, privately the delegation was given a stern warning: “He was given the message that we know [about the use of Iranian soil by Baloch insurgents]. If there are more attacks, we will take decisive action,” says the security official, who is privy to details of the meeting.

The tri-border region of Nimroz in Afghanistan, an ethnic Baloch-dominated province straddling Pakistan and Iran in the south, is notorious for its powerful smuggling rackets dealing in weapons, opium, and human trafficking. To its east is the Helmand province, where vast poppy fields feed the global opium trade. This is also the region, along with Kandahar to its east, that welcomed fleeing Baloch brethren when former President General Pervez Musharraf ordered a military operation against Baloch insurgents in 2006. Many Baloch separatist leaders coordinated attacks on Pakistani security personnel and Chinese investments in Balochistan during the Afghan war.

When the Taliban took Kabul last year, they launched a swift crackdown on Baloch refugees and handed over many dissidents to the Pakistani authorities. Many Baloch rebels had already gone into hiding after assassination attempts in Kandahar, allegedly ordered by Pakistani officials over the past two years.

As a result, Baloch refugees have now moved west to Nimroz and into the Iranian province of Sistan and Baluchestan. Some have returned and regrouped in Pakistani Balochistan as well. Regrouping has lent them renewed vigour and purpose. Baloch separatists carried out five attacks in January alone, despite the government’s offer of a dialogue.

According to a 2021 security report from the Pakistan Institute for Peace Studies, the districts of Kech and Panjgur, close to the Iranian border,  were among the hardest hit by Baloch insurgents between January and December of last year.

“It seems that Pakistan has now reached a tipping point [in dealing with Iran],” says Abdul Basit, a research fellow at S. Rajaratnam School of International Studies in Singapore.

The sophistication of weapons and the ability to conduct complex coordinated attacks through the use of suicide missions are unprecedented.

“Attacks are being carried out at night through sniper rifles. Earlier, [Pakistani] drones would deter them. Now they [Baloch rebels] don’t give a hoot about it,” he adds.

In the face of increasing ethno-sectarian violence, Pakistani authorities are in a bind. Open confrontation with Iran could antagonize a sizable Shia community that makes up roughly 20 percent of the population and open a new front of tensions with Iran at a time when the Pakistan Army is already stretched thin on the borders with India. It also risks stoking sectarian fault lines that Pakistan largely overcame after the bloodshed of the 90s.

However, slowly but surely, Pakistan’s intelligence officials appear to be deliberately leaking stories to the media about Iranian-backed militancy, notes Basit. The move signals the intelligence community’s frustration with a government that wants to avoid open confrontation with its neighbour.

“Iran has kept these [ethno-nationalist and sectarian] groups as counterweights to use to turn up the heat in case Pakistan facilitates Jundullah and Jaish ul-Adl,” he says, referring to Iranian Baluch rebel groups said to have safe havens in Pakistan.

“In Pakistan's case, Iran's revolutionary rulers have been in competition since the 1990s over Afghanistan and their role in the Gulf,” says Ahmed Quraishi, an Islamabad-based journalist with expertise in the MENA region. (Middle East & North Africa)

“It makes sense that Khomeinists in Iran would like to limit any Pakistani role in Afghanistan and in the Gulf region through domestic pressure operations,” he said.

In 2013, Iran began recruiting young Shia men from north and western Pakistan for its Zainabiyyoun Brigade to fight for the protection of Muslim shrines in Syria. Esmail Qaani, the current chief of the Quds Force — the international arm of the Iranian Revolutionary Guard Corps—who at the time oversaw the Afpak region under his predecessor, Qasem Soleimani, spent years cultivating local terror networks. But at the height of the Covid-19 outbreak in 2020, when Iran forced Pakistan to open its border for returning Shia pilgrims, many fighters were also pushed over.

While the intelligence assessment of the time discounted any security threat from the returning fighters, they were still kept under watch.

It was not until last year that several alleged Zainabiyyoun Brigade operatives were rounded up as the US decided to leave Afghanistan. In June last year, a “Red Book” issued by the Counter Terrorism Department of the provincial Sindh Police also listed 24 members of the pro-Iran sectarian group, Sipah-e-Muhammad Pakistan, as most wanted.

Interestingly, the string of arrests linked to Iran last year coincided with the thaw in Saudi Arabia and Pakistan relations.

The two countries fell out over the Saudi-led Organization of Islamic Council’s nonchalance around the Kashmir issue when India unilaterally changed its special status to a union territory in October 2019. Saudi Arabia had abruptly asked for $3million in loan repayments, while the UAE, a close ally of the Saudis, banned new work visas for Pakistanis.

In May 2021, backdoor diplomacy paved the way for Prime Minister Imran Khan’s visit to Jeddah that reset soured relations.

Pakistani authorities reopened a criminal investigation into the 2011 murder of a Saudi diplomat in Karachi six months later and sent a letter to Iranian authorities asking for “legal help” in apprehending the alleged killer, a Sipah-e-Muhammad worker believed to be hiding in Iran.

The following month, the Saudis revived a $3 billion loan and offered a $1.2 billion oil facility on deferred payment.

Most significantly, the Saudi Interior Minister Prince Abdulaziz bin Saud bin Naif visited Islamabad on February 7, following the daring Baloch attacks on the Frontier Corps, with an offer of closer cooperation in intelligence sharing against Iranian proxy groups operating in Pakistan. A week later, Iran’s Interior Minister Vahidy was confronted in Islamabad with evidence of Baloch havens in Iran.

Last week’s arrest of another member of the pro-Iran Mehdi group, in connection with the 2011 attack on Karachi’s Saudi Consulate, is seen as further proof of Pak-Saudi joint intel operations.

It appears that the Saudis and the Emiratis have been rewarding Pakistan’s loyalty in kind. The UAE authorities picked up Pakistani businessman Hafeez Baloch from Dubai on Jan 27 and handed him over to Pakistan over suspicion of terror financing. 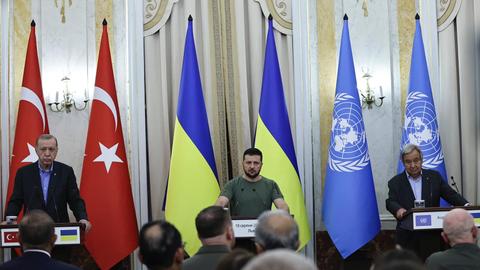