The Investor-State Dispute Settlement process has gone against developing countries for far too long.

Pakistan risks losing valuable real estate properties in the United States and France after a court was moved to enforce an international arbitration decision involving a cancelled mining concession.

A court in the British Virgin Islands has appointed an official to assess the value of Roosevelt Hotel in New York and the Scribe in Paris - both owned by the state-run Pakistan International Airlines (PIA).

A consortium of Barrick Gold and Antofagasta, the two multinational mining giants, wants control of the hotels as compensation against the cancellation of a copper and gold mining license.

The companies say they were unjustly stopped from extracting the minerals. Islamabad on the other hand argues that the project was beset with irregularities and the country wasn’t getting a good deal.

Arbitration law experts from around the world have taken interest in the case since the International Center for Settlement of Investment Disputes (ICSID), a World Bank quasi court, imposed a hefty $5.97 billion fine on Pakistan in 2019.

Prime Minister Imran Khan’s government is seeking an out-of-court settlement. But even then the cash-strapped South Asian economy can end up paying a substantial amount, says Nicolas Roux of Bilaterals.org, which keeps track of such cases.

“It’s hard to say exactly how much Pakistan will pay because every case is different. But surely what we have seen in the past is that investors try to go after a country’s assets abroad.”

Such cases are decided under Investor State Dispute Settlement (ISDS), a mechanism created by the rich countries to protect the foreign investment of their companies.

Attempts to seize offshore government assets are not unusual. Backed by legal cover of ICSID and other such tribunals, lawyers working for multinational companies aggressively pursue these cases.

Venezuela had nationalized Crystallex’s gold mine in 2008.

Trying to seize a country’s foreign assets can take years, says Roux. In many cases, the two sides agree on a settlement.

Successive Pakistani governments have considered selling the iconic Roosevelt Hotel, located at prime Manhattan location, to raise funds that can rescue the ailing airline. The hotel, itself hit by losses, was shut down in October.

Lawyers representing Pakistan have asked ICSID to dismiss the penalty. A final decision regarding the possible annulment is expected in May 2021.

A system made for the rich

In recent years, ISDS tribunals have faced increasing scrutiny. The secret nature of the proceedings, the hefty legal fees, the impartiality of lawyers, and how compensation awards are decided have all come into question.

Pakistan’s case has generated an unusual buzz among people who follow such legal issues as the award is sure to hurt a country reeling from an economic crisis.

Antofagasta and Barrick invested around $220 in the Reko Diq project, the mine located in the Chagai district of Balochistan, which is at the center of the dispute.

Pakistan was dragged into the arbitration case on the basis of a bilateral investment treaty (BIT) that it had signed with Australia in 1998.

Tethyan Copper Company (TCC), the joint venture which Antofagasta and Barrick used to manage the Reko Diq mining concession, is registered in Australia.

Roux said there’s a growing realisation among governments that the present system of international arbitration needs to be changed.

“ISDS has been problematic for some time. More and more governments have enacted measures to limit the impact of these proceedings and awards.”

For example South Africa and Indonesia have terminated many of their BITs with other countries, fearing that they can be used against them.

“Attempts are being made to reform the system. But the process is very slow,” said Roux. 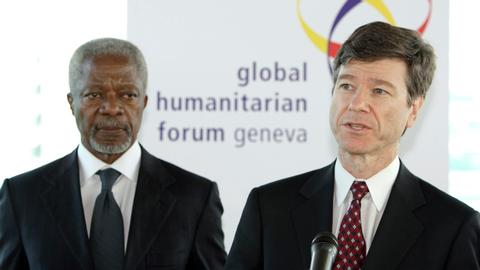