Russia, a close ally of Bashar al Assad's regime in Syria, immediately circulates a draft Security Council resolution that would authorise the delivery of aid through a single crossing point from Turkey for six months.

Russia and China have vetoed a UN resolution that would have maintained two border crossing points from Turkey to deliver humanitarian aid to Syria’s mainly rebel-held northwest for a year, which the United Nations says is crucial to save millions of lives.

Tuesday’s vote was the 15th time that Russia has used its veto since the start of the conflict in Syria in 2011, and the ninth for China.

Russia, a close ally of Bashar al Assad's regime in Syria, immediately circulated a draft Security Council resolution that would authorise the delivery of aid through a single crossing point from Turkey for six months.

Germany’s UN Ambassador Chistoph Heusgen, the current council president, announced the 13-2 result of the vote at a virtual meeting which saw the United States attack Russia and China over their vetoes.

“We’re ashamed by what this council has to do right now because of the cynical attempts of the Russian Federation and the People’s Republic of China to put politics above the lives of the Syrian people,” US Minister-Counselor Rodney Hunter said.

China’s UN Ambassador Zhang Jun blamed unilateral sanctions against Syria, which have been imposed by the US and the European Union, for exacerbating the country’s humanitarian situation and urged that they be lifted.

He also rejected the US heaping “blame” on China, saying “it’s once again demonstrating the hypocritical approach adopted by this country while they are imposing unilateral sanctions.”

Hunter retorted that US sanctions have humanitarian exemptions “and they in no way harm the people of Syria”.

“The only thing that’s harming the people of Syria and preventing them from getting the assistance that they need is the Assad regime being helped out by the People’s Republic of China and the Russian Federation,” he said.

The defeated resolution, drafted by Germany and Belgium, had dropped a call for the reopening of an Iraqi crossing to the northeast to deliver medical supplies for the Covid-19 pandemic.
In May, Russia’s UN Ambassador Vassily Nebenzia said: “Do not waste your time on efforts to reopen the closed cross-border points.”

Russia has argued that aid should be delivered from within Syria across conflict-lines. But UN humanitarian chief Mark Lowcock has insisted that the two crossings from Turkey to the northwest remain “a lifeline for millions of civilians whom the UN cannot reach by other means.”

The Russian🇷🇺 delegation voted against the draft Security Council resolution on extension of the #crossborder mechanism (CBM) of #humanitarian aid delivery to #Syria🇸🇾, presented by Belgium🇧🇪 and Germany🇩🇪.
Read full text of #EoV at ➡️https://t.co/xBOoGVMIgq pic.twitter.com/s8RKEyVOqR

In January, Russia scored a victory for Syria, using its veto threat to force the Security Council to adopt a resolution reducing the number of crossing points for aid deliveries from four to just two, from Turkey to the northwest.
It also cut in half the year-long mandate that had been in place since cross-border deliveries began in 2014 to six months, as Russia insisted.

The draft resolution which the 15 council members voted on by email because of the Covid-19 pandemic would have extended the mandate for the two border crossings from Turkey to the northwest – Bab al Salam and Bab al Hawa – for a year.

The Russian-drafted resolution would only authorise cross-border deliveries through the Bab al-Hawa crossing.

Nebenzia assured the council that if its resolution is adopted, cross-border aid deliveries will continue.

But Belgium’s UN Ambassador Marc Pecsteen de Buytswerve said “this is not yet over.”

“We will in the coming hours and days further engage in efforts with all parties to come to consensus,” he said.

1/3 #BelgiumUNSC 🇧🇪 regrets that no consensus could be reached today to renew the mandate for cross-border aid via Bab al-Hawa and Bab al-Salam for a period of 12 months.

In Northwestern Syria 2.8 million people depend on cross-border humanitarian aid for their survival. We deeply regret that a compromise draft on the cross-border resolution was vetoed in the UNSC. We will continue to work hard to secure an extension of the cross-border mandate. pic.twitter.com/jv3Pgdxyg3

China’s Zhang echoed the hope that “we will find a way out and narrow our differences”.

UN humanitarian chief Lowcock told the council on June 29 that “An estimated 2.8 million people in the northwest – 70 per cent of the region’s population – require humanitarian assistance”.

UN Secretary-General Antonio Guterres’ latest report to the Security Council circulated Tuesday said cross-border operations in the northwest “continued at record levels in response to the catastrophic deterioration of the humanitarian situation that occurred when almost 1 million civilians were displaced between December 2019 and March 2020”.

The UN chief said the UN World Food Programme delivered food to 1.3 million people in April and more than 1.3 million in May through the two border crossings, and the UN World Health Organization delivered over 420,000 emergency health kits and essential medicines to the northwest in May.

“The cross border crossings are vital to the well being of the civilians in north west Syria. And we very much hope that these will be extended,” UN spokesman Stephane Dujarric said Tuesday. “Lives depend on it.”

In northeast Syria, Guterres said despite increasing quantities of assistance reaching the region, “medical supplies from those deliveries did not reach the majority of medical facilities that had previously depended on the cross-border delivery of supplies.”

Since 2016, Turkey has launched a trio of successful anti-terrorist operations across its border in northern Syria to prevent the formation of a terror corridor and enable peaceful settlement by locals: Euphrates Shield (2016), Olive Branch (2018) and Peace Spring (2019). 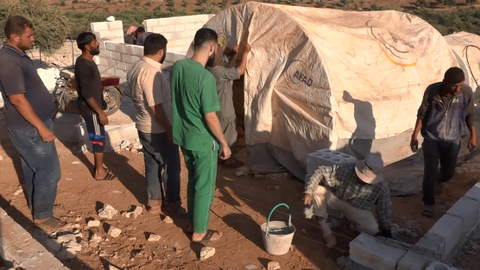 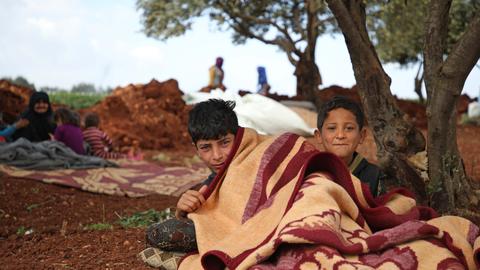