Türkiye is against every move that would target Ukraine's territorial integrity, the Turkish President Recep Tayyip Erdogan has told his Ukrainian counterpart Volodymyr Zelenskyy.

The two discussed Russia's recent decision to recognise Ukraine's breakaway regions of Donetsk and Luhansk in a phone call on Tuesday.

Zelenskyy expressed gratitude to Erdogan for backing Ukraine "on the latest provocative decisions" of Russia.

He also thanked the Turkish leader for supporting the initiative to hold a summit of permanent members of the UN Security Council, with the participation of Ukraine, Türkiye, and Germany.

Türkiye's President Erdogan had earlier expressed that Russia's recognition of two breakaway regions in eastern Ukraine was "unacceptable", saying "We repeat our call for common sense and respect for international law by all sides."

He called upon all parties to respect international laws.

Had a phone conversation with @RTErdogan. Expressed gratitude for supporting 🇺🇦 position on the latest provocative decisions of 🇷🇺. Also thanked for the support of the initiative to hold a summit of permanent members of the UN Security Council with the participation of 🇺🇦-🇹🇷-🇩🇪.

West's handling of the crisis

NATO member Türkiye is a maritime neighbour with Ukraine and Russia in the Black Sea and has good ties with both.

Having friendly ties with both Russia and Ukraine, Erdogan has sought to host the two countries' leaders for a three-way summit in Türkiye to ease tensions.

"If both the UN Security Council members and other countries accept, we will take our place in this meeting which (Ukrainian President Volodymr Zelenskyy proposed as UNSC-Türkiye-Germany joint summit," he said.

He also criticised the West for its handling of the crisis.

"The statements of the US and the oddities at the Munich Conference are not clear for what purpose they work," Erdogan said, adding that the conference "was nothing more than a NATO Summit."

Erdogan visited Kiev earlier this month for talks with Zelenskyy whom he said looked "favourably" to a Türkiye-hosted summit, and was expecting a response from Russian President Putin.

"If Mr Putin also looks on this positively, we can, God willing, come together in Istanbul or Ankara," Erdogan said last week. 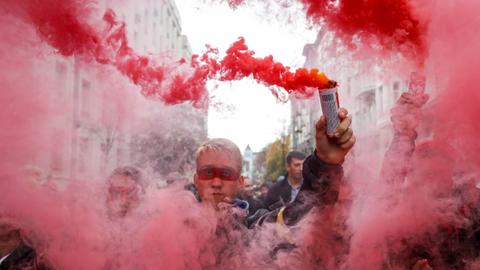 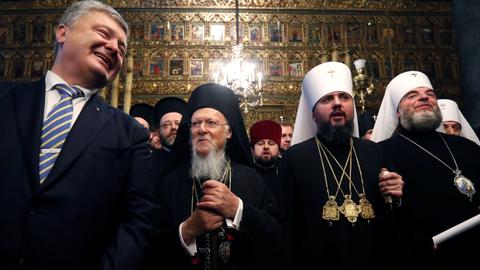