Is the EU's cutting of funds to Turkey sending a political message?

EU cuts Turkey's pre-accession aid by nearly $124 million. In a bid to downplay the move, Turkish officials have said that the decision is political and the amount is insignificant.

The European Union has issued a budget cut for Turkey worth nearly $124 million. It's not an amount that will affect Turkey’s economy significantly, but it sends a strong message for the country’s bid to join the EU. The bloc alleged Turkey with the violation of human rights and lack of rule of law following the coup attempt of July 2016. The allegations were cited as the reason for the cut.

The decision, which the European Parliament (EP) made a month ago, was formally approved for the 2018 budget by EU leaders during the Council of the European Union summit on December 12. The Council and the EP still need to approve the final version of the budget.

The fund is a pre-accession aid that the EU gives to countries that are in the negotiation process of joining the bloc. Turkey’s projected aid for 2018 was just more than $770 million before the cut. The EU will decide in the coming weeks which budget categories it plans to cut back on.

Upon the announcement of the cuts on November 16, Deputy Prime Minister Mehmet Simsek criticised EU states for their lack of support for what Turkey calls its fight against terrorist organisations.

“What would any EU country do differently if it faced such a big terror threat and vicious coup attempt from Turkey?”

An official from Turkey's European Union Ministry spoke to TRT World on Monday and expressed that the EU’s move to punish Turkey for allegedly not meeting the EU’s standards of democracy is contradictory, because it would prevent Turkey from making necessary investments to improve its institutions through its EU bid.

Tension between Turkey and EU arose before the elections in Germany

The budget cut was announced at the end of the two-day EU Summit in Brussels in October.

Turkey's ties with Germany and several other EU states have deteriorated sharply in the past 12 months.

Points of the dispute have included the barring of Turkish politicians from holding campaign rallies in EU countries ahead of an April referendum this year on moving Turkey from a parliamentary to a presidential system. And Turkey has accused Germany of being a safe harbour for people allegedly involved in the July 2016 coup attempt in Turkey.

Ankara has also restricted access for German parliamentarians seeking to visit German troops at the Incirlik air base in southern Turkey, leading Berlin to announce that it was moving those forces out of Turkey. Berlin also criticised Ankara harshly on German journalist Deniz Yucel's detention.

Merkel said in a debate before Germany's September 24 general elections that it was clear that Turkey should not join the European Union. The chancellor also said she would talk to other EU leaders about ending the stalled accession process.

At the EU leaders' summit in October, officials decided only to cut some funds to Turkey, instead of suspending membership talks.

Political commentators say the budget cut to Turkey comes in the light of German elections that politically weakened Merkel. In his opinion piece for TRT World Klaus Jurgen writes:

"It became obvious as the summit neared that Merkel no longer had the necessary support to push through Turkey’s EU suspension. The pre-summit shuttle diplomacy between member states left Merkel without the requisite unanimity to muster such a far-reaching decision. The EU had no choice but to discreetly reposition its stance on Turkey."

In a March 2016 deal, EU countries promised to pay Turkey an extra $3.5 billion in 2016 and 2017 in exchange for Turkey hosting of refugees and not letting them flee to Europe. The EU will transfer another $3.5 billion in 2018 if the projects implemented with the fund proved successful.

So far, the EU disbursed $1.3 billion to fund humanitarian projects that will benefit refugees and host communities in Turkey. Earlier in September, in his opening speech at the United Nations, Turkey’s President Recep Tayyip Erdogan criticised the EU for not fulfilling its promises to Turkey to pay the whole amount so far. Erdogan said in a speech on Monday the country has spent $30 billion for around three million Syrian refugees.

The projects are implemented through Facility for Refugees in Turkey, a commission established by the EU to oversee fund distribution and project implementation. The funds are used to provide humanitarian assistance such as Social Safety Nets and granting access to healthcare as well as non-humanitarian assistance in the areas of education, municipal infrastructure and socio-economic support. 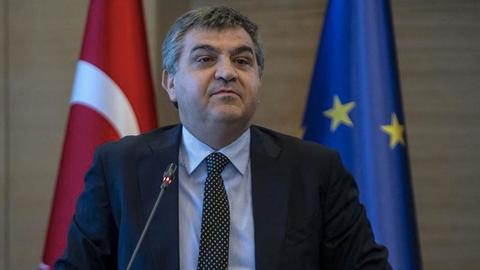