Some of the largest US corporations and powerful business leaders sign new statement objecting to “any discriminatory legislation," including Amazon, American Airlines, Bank of America, Google and Best Buy, Warren Buffett and Michael Bloomberg.

CEOs and heads of hundreds of major companies have objected to Republican-sponsored election bills and efforts that would make it harder to vote in Michigan, Georgia and many other states.

It comes in the wake of Georgia enacting strict voting legislation that critics say is aimed primarily at Black voters, drawing early criticism from many companies, including Delta Airlines and Coca-Cola. The companies were quick to face backlash from politicians such as Senator Mark Rubio for being "#wokecorporatehypocrites". Lawmakers threatened tax breaks that benefit the companies operating out of the state.

Wednesday's statement put together by Black corporate leaders Kenneth Chenault, a former chief executive of American Express, and Kenneth Frazier, the chief executive of Merck, read, "For American democracy to work for any of us, we must ensure the right to vote for all of us."

This needs to happen. Glad it is. Support the businesses pushing back on #VoterSuppression. Follow the money 💰 and that’ll get the attention of the #GQPTraitorsToDemocracy. https://t.co/MJBo0Xu7fU

"We all should feel a responsibility to defend the right to vote and to oppose any discriminatory legislation on measures that restrict or prevent any eligible voter from having an equal and fair opportunity to cast a ballot," the statement from big businesses said. It did not mention a particular state but builds upon earlier calls from Black corporate leaders and big businesses.

Opposition to the new legislation has been picking up momentum and it's coming from sources that historically have steered clear of public statements related to politics.

More than 250 bills with provisions that restrict voting access have been introduced in 43 states during the current legislative session, according to a report from the Brennan Center for Justice.

Georgia's GOP-led state Senate is expected to soon begin hearings on wide-ranging legislation that would require a photo ID to vote in person, prohibit the unsolicited statewide mass mailing of absentee ballot applications and restrict the hours in which people could drop their ballot in curbside boxes.

Georgia's new law also made it illegal for members of the public to offer food and water to voters in line.

The restrictions have been met with a mounting wave of public critcism and boycotts from corporations, sports and entertainment bodies.

Major League Baseball decided to move its All-Star Game out of Atlanta after the law's passage and a major Hollywood movie production pulled out of the state.

Georgia was one of the most hotly contested states in the 2020 election, when President Joe Biden narrowly prevailed over Donald Trump, who claimed falsely that he lost Georgia due to voter fraud.

High turnout, especially by Black voters, was key to Biden's victory, and in runoff elections for the two Georgia Senate seats which ultimately gave Democrats control of that chamber by the slimmest of margins.

In Michigan, Democratic Governor Gretchen Whitmer has vowed to veto bills that Republicans have proposed, including new restrictions on absentee and mail ballots.

The state Republican chairperson, however, has previously suggested the party could attempt to circumvent Whitmer via a petition drive.

The state constitution allows the legislature to pass a law that is not subject to veto if the proposal gathers enough voter signatures.

Voters applying for an absentee ballot — an increasingly popular option under a 2018 constitutional amendment and during the coronavirus pandemic — would have to attach a copy of their ID.

Governments would be banned from providing prepaid postage on ballot envelopes.

The top executives of more than three dozen Michigan-based companies, including General Motors Co and Ford Motor Co, issued a joint statement on Tuesday opposing Republican-backed legislation to restrict voting. “Government must support equitable access to the ballot to ensure that all eligible voters can exercise their rights,” the statement said.

It also was signed by executives from all four Detroit professional sports teams — including Christopher Ilitch, owner of the Tigers and Red Wings — and the leaders of auto suppliers, a major utility, banks and other businesses.

They stopped short of weighing in on specific legislation in Michigan and other states, but said election laws must be developed in bipartisan fashion.

They added that government should continuously improve and strengthen election administration “because public faith in the security and integrity of our elections is fundamental.”

Republicans have said changes are needed to ensure election integrity following a surge in absentee voting in 2020.

More than 5.5 million people voted in Michigan's presidential election — the most ever and the highest percentage of voting-age residents to cast a ballot in 60 years.

“This package’s move through the legislative process has only just begun and I look forward to seeking the input of my colleagues across the aisle and all who have engaged in this process," Senate Majority Leader Mike Shirkey of Clarklake said in a statement.

"At all times we must use logic, not political sentiment or ‘wokeness,’ to build good public policy that will serve all Michiganders and safeguard our democracy. If having an ID is viewed as an obstacle to voting because there is a problem getting an ID, let’s solve that problem.”

Biden, the first Democratic presidential candidate in three decades to win Georgia, has accused Republicans there and in other states of mounting a broad assault on voting rights.

"It's an atrocity," Biden told reporters, shortly after comparing the restrictions for a second straight day to racist "Jim Crow" laws, which were put in place in Southern states in the decades after the 1861-65 US Civil War to legalize racial segregation and disenfranchise Black citizens.

The Detroit branch of the NAACP organised a rally against the bills at the state Capitol on Tuesday.

“We will not stand for people to take away what God has given us the right to have. ... Any way you look at this, socially or biblically, voter suppression is evil,” said the Reverend Steve Bland Jr, senior pastor of Liberty Temple Baptist Church in Detroit.

READ MORE: Barr: No evidence of decisive voter fraud found in US elections 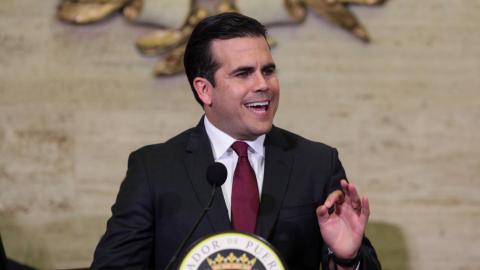 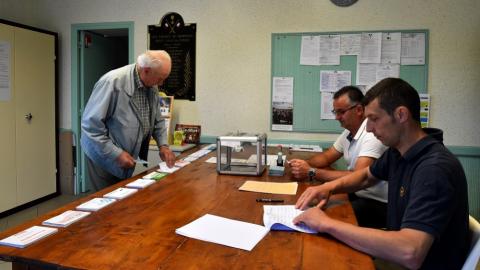