The deal could see hundreds of thousands of refugees start to return home. But Rohingya who fled violence in Rakhine state for shelter in Bangladesh were sceptical on news of the deal, and there is fear Myanmar's military could obstruct their return.

Myanmar and Bangladesh signed an accord on Thursday over terms for the return of hundreds of thousands of Rohingya Muslims who have fled to Bangladesh, both governments said.

But it comes amid concern that Myanmar’s powerful army could prove obstructive.

Rights groups have accused the military in Buddhist-majority Myanmar of carrying out mass rape and other atrocities during what it called a counter-insurgency operation launched in response to attacks by Rohingya militants on police posts and an army base late August in Rakhine state.

On Wednesday, the United States said the military operation that drove 620,000 Rohingya to seek sanctuary in neighbouring Bangladesh amounted to “ethnic cleansing."

That charge echoed an accusation first levelled by top UN officials in the early days of the humanitarian crisis.

Myanmar is seeking to ease international pressure by striking an initial agreement on returns. Dhaka wants to ensure overstretched refugee camps that have mushroomed in the Cox’s Bazar region don’t become permanent.

Return could start in two months

The return of the refugees should start in two months, the pact says. A joint working group will be set up in three weeks and a specific bilateral arrangement for repatriation “will be concluded in a speedy manner,” the Bangladesh foreign affairs ministry said in a statement.

“We are ready to take them back as soon as possible after Bangladesh sends the forms back to us,” Myint Kyaing, a permanent secretary at Myanmar’s ministry of labour, immigration and population, said, referring to forms the Rohingya must complete with personal details before repatriation.

In its statement, Myanmar said the deal was based on the 1992-1993 repatriation pact between the two countries that followed a previous spasm of violence in Myanmar.

On the basis of the 1992-1993 agreement, Myanmar would accept those who could present identity documents issued to the Rohingya by governments in the past, Myint Kyaing said.

Although the world Muslim body, the Organisation for Islamic Cooperation, and a number of countries have portrayed the matter as an international issue, Myanmar wants it resolved via two-way talks.

Diplomats have said key deal elements will be the criteria of return and the participation of the UN refugee agency, UNHCR.

Other important points include safeguards for the Rohingya against further violence, a path to resolving their legal status and whether they would be allowed to return to their own homes and farms.

Speaking in Dhaka, Bangladesh Prime Minister Sheikh Hasina said she was calling on Myanmar “to start taking back soon their nationals from Bangladesh."

Little enthusiasm among refugees for deal

However, there was little enthusiasm for the deal among Rohingya refugees in the camps in Bangladesh’s Cox’s Bazar area near the Myanmar border.

“We will go back to our country if our demands are met,” said one of them, Salimullah, who arrived in Bangladesh 15 days ago.

“Our demands are that we are given citizenship. They also have to give us back our land,” he added.

Suu Kyi, whose stature as a Nobel peace prize winner was tarnished by the crisis, has said repatriation of the largely stateless Muslim minority would be based on residency and that it will be "safe and voluntary."

But her civilian administration, which is less than two years old, has to share power with the military that ruled Myanmar for decades, and the generals have appeared less enthusiastic about the prospect of Rohingya returning.

Senior UN officials based in Myanmar say they fear security personnel in key positions may not cooperate over the deal.

His use of the term 'Bengali' for the Rohingya indicates he considers they are from Bangladesh, despite having lived in Myanmar for generations.

Min Aung Hlaing, over whom Suu Kyi has no control, also said the returnees would be “scrutinised and re-accepted under the 1982 Citizenship Law and the 1992 Myanmar-Bangladesh bilateral agreement."

The 1982 law, passed during the junta’s long rule, ties Myanmar citizenship to membership of recognised ethnic groups, an official list that excludes the Rohingya. 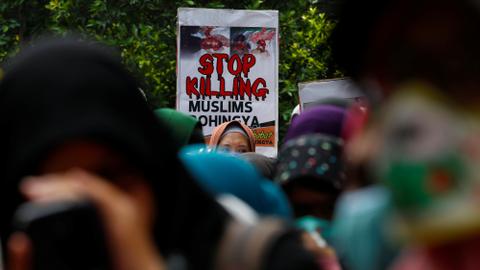 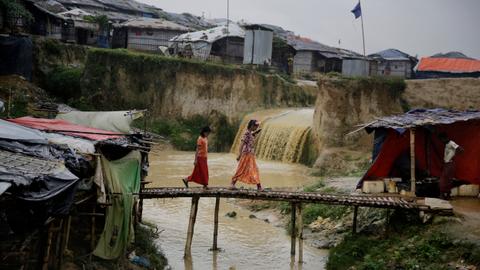