The United Nations said some 3,000 people fled Syria’s northeastern province of Deir Ezzor last week, but at least 84 people, most of them children, died on the way to the Al Hol refugee camp in a neighbouring province.

At least 84 people, two-thirds of them children, have died since December on their way to the Al Hol refugee camp in northeastern Syria after fleeing Daesh in the Deir Ezzor region, the United Nations said on Friday.

"There are reports of 175 children having been hospitalised due to medical symptoms from severe acute malnutrition," Jens Laerke, spokesman of the UN Office for the Coordination of Humanitarian Affairs (OCHA), also told a news briefing, citing reports from UN agencies and aid groups on the ground.

Some 13,000 people fled Deir Ezzor last week, many of them arriving at Al Hol, and the exodus continues on what is a "long and very tiring journey," he said.

Deir Ezzor, on the west bank of the Euphrates, is the largest and most important city in eastern Syria. It is the centre of Syrian oil production.

After Syria's uprising broke out in 2011 with anti-regime protests, rebel groups seized parts of Deir Ezzor and the surrounding province.

But in 2014, as Daesh rampaged across Syria and Iraq, it seized the territory held by rival groups and rebel forces in the province and closed in on Deir Ezzor city.

Remnants of Daesh still holed up in region

The exodus of refugees in the region comes as US-backed Syrian Democratic Forces (SDF) battles the remnants of Daesh in Syria.

The last vestige of Daesh's territorial rule is in Deir Ezzor province in the village of Baghouz near the Iraqi border.

In recent weeks, thousands of civilians have been evacuated ahead of what is expected to be a final battle.

US President Donald Trump said on Thursday that the SDF had retaken 100 percent of the territory once held by Daesh. But sources on the ground and US officials disputed that claim.

Though the fall of Baghouz will mark a milestone in the campaign against Daesh, the group is still seen as a security threat.

The US plans to withdraw most of its troops from Syria. NATO ally Turkey has said it has the capacity to prevent any resurgence of Daesh south of its border.

The YPG which dominates the SDF is the Syrian wing of the PKK terror organisation. US support for a terrorist organisation in Syria has been a bone of contention between Ankara and Washington, which Trump's promise of a US withdrawal could remove.

Some 40,000 people, including women and children have been killed in the more than 30-year terror campaign against Turkey waged by the PKK, which is listed as a terrorist organisation by Turkey, the US and the EU.

The UN on Thursday said the SDF is not part of ongoing UN-led talks to end the Syrian conflict.

The UN's Special Envoy for Syria Geir Pedersen told reporters at the UN's New York headquarters "Syrian Kurds are already part of the process," but the SDF "are not part of the political process so far."

"I think this could turn into a challenge in the future so it is important that we address this issue in a proper way," he said after briefing the UN Security Council for the first time since taking his post last year.

In his remarks to the council, Pedersen stressed the need to create a "common forum" for interested nations to "engage seriously" on resolving key issues to end the conflict.

In addition, he said going forward his top priorities will include ensuring "sustained dialogue" with the Syrian regime and the opposition, to see additional actions taken through the political process being carried out by Turkey, Russia and Iran to address persons detained in the conflict, to start a constitutional committee" as soon as possible."

Pedersen said he expects to return to Damascus in the next couple of weeks for further consultations. 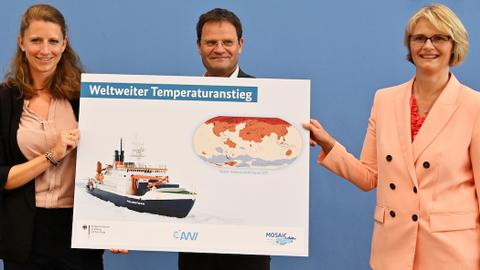