The world's most expensive space project celebrates its 20th anniversary on Tuesday.

The International Space Station (ISS) was launched on 20 November 1998 from the Baikonur Cosmodrome in Kazakhstan in order to carry out space missions for the humanity.

The ISS platform includes several pressurised parts starting from 1998 to 2011, the year when the last part was fitted.

The fitting missions were launched by Russian Soyuz and Proton rockets and the US Space Shuttles.

The ISS is serving as a research laboratory where crew members can work on many scientific field from astronomy to physics.

Here are five things to know about the ISS;

1. Most occupied space station by humans

The ISS has been continuously occupied by humans since November 2000. Around 230 Astronauts from 18 nations have attended the space missions in the ISS.

There are six sleeping quarters, one gym and two bathrooms in the ISS. Peggy Whitson holds the record of living the longest (665 days) in the space.

The ISS is the single most expensive space project worth $100 billion, with the cooperation of 16 countries. It is also the largest human made body in low Earth orbit.

3. Landmark of cooperation after the Cold War

During the Cold War, the US and Russia were in the space race competing for greater influence. However, the ISS became a landmark collaboration between two countries after end of the Cold War.

The ISS is the third brightest object, visible also with naked eye, in the night sky from Earth after moon and Venus.

The ISS can fly around the world in only 90 minutes, 16 times per day. It can quickly collect detailed data from the world. 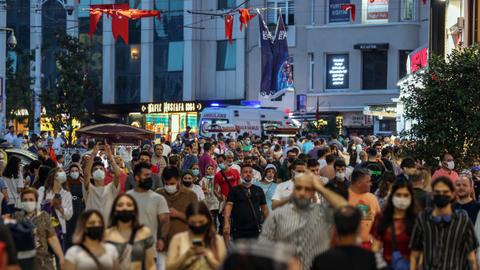