Using ciphered words such as “boogaloo” far-right groups have breached Facebook's anti-violence filters, doubling their membership and calling for militant uprisings in the US.

Facebook groups focused on orchestrating violent anti-government uprisings in the US and elsewhere have grown rapidly in recent weeks as they've taken advantage of stay-at-home orders to brainwash young people.

According to a Tech Transparency Project (TTP) investigation, many extremist Facebook groups are using the term “boogaloo” for a militant uprising against the United States government, exploiting loopholes in Facebook's anti-violence policies.

TTP reviewed 125 Facebook groups and found that the “boogaloo” term was used most frequently to suggest the civil war was coming.

More than 60 percent of these groups were created in the last three months as the quarantine steps took hold in the US. And in the last 30 days, thousands have become members.

Developing explosives and the merit of using flamethrowers were other interesting topics for these extremist groups.

On the other hand, some members declared their aim is to “liberate” the US, a call inspired by the insulting remark "LIBERATE VIRGINIA" made by President Donald Trump on Twitter last month against the state's governor.

“Did Trump just call for boogaloo?,” one member wrote, according to the Southern Poverty Law Center. “Well, you heard the man! Let’s go bois [sic],” another responded.

The increasing number of extremist groups illustrates the inability of the social media giant to filter out harmful content on its platform.

One of the most popular boogaloo-themed pages on Facebook is Thicc Boog Line which is followed by more than 32,000 people. This page sells products related to boogaloo and posts memes amid the pandemic.

Wish a muthafucka WOULD try to take these tendies and TP...

Anti-immigrant activities have surged in Europe as the Greek island of Lesbos has become a hub of far-right extremism.

United primarily by their anti-migration and anti-Islam worldviews, a white nationalist group is known as the Identitarian Movement is using the small Greek island adjacent to Turkey to pitch themselves as "Soldiers of the Cross holding the line" against would-be invaders.

Its members are mainly from France, Austria, Netherlands, the UK and Greece - and pictures and videos on social media show the disparate groups attempting to stoke violence on the island. 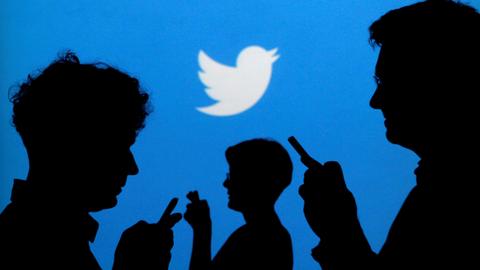