Syrian regime continues to target the besieged civilians in the opposition-held enclave which the UN body for children describes a "hell on earth." Meanwhile, ICRC says a convoy of 13 aid trucks was allowed to enter a town of enclave.

Continued air strikes by Syrian regime forces have killed at least 19 civilians in the besieged enclave of eastern Ghouta even as the UN body for children raised concerns over blocked delivery of aid to the war-torn region.

The regime continued ground and air attacks on Thursday in eastern Ghouta, a suburb of Damascus, despite separate ceasefire initiatives endorsed by Russia and the UN Security Council.

Over the last eight months, the regime has stepped up its siege, making it nearly impossible for food or medicine to enter the district, and leaving thousands of civilians in dire need.

A UN aid convoy was allowed into eastern Ghouta on Monday, but some medical supplies were stripped from it, and it had to leave before it had finished unloading because of the fighting.

But on Friday, the International Committee of the Red Cross (ICRC) said that a convoy of 13 trucks, including food parcels for 12,000 people, entered the town of Douma.

The delivery consisted of the remaining aid that was not offloaded on Monday.

ICRC spokeswoman Indy Sedky said the trucks crossed into eastern Ghouta "after getting security guarantees from all parties to make sure no incident will happen during the presence of our team" there.

The fighting in the war-torn region has reportedly driven all civilians out of the towns of Mesraba, Hammouriyeh and Mudeira, which had a combined population of 50,000 in December, a UN official said on Thursday.

The civilians were displaced to other areas not under government control, adding to the 15,000 or so people that the UN estimated were displaced within eastern Ghouta at the end of January, humanitarian spokeswoman Linda Tom said.

Previous government sieges of opposition-held areas have ended with thousands of civilians leaving for other parts of the country.

The head of the United Nations children's agency UNICEF said on Thursday that the besieged Syrian enclave had become a "hell on earth" for children and aid was urgently needed.

"The bombing is almost unceasing and the amount of violence means that the child sees the violence, sees the death, the maiming. And now there is a lack of water and food, so disease is coming on," Henrietta Fore said.

"5.8 million Syrians are on the move, whether externally or internally ... and half of this is children, so children are affected most," Fore said.

The children who are most vulnerable are the ones separated from their families. UNICEF tries to unite lost children with their relatives.

"In eastern Ghouta it is particularly hard. We don't have enough access ... it's a very difficult time for children." she said.

Continued assaults by Syrian regime have killed more than 900 civilians since February 18, according to the Syrian Observatory for Human Rights, a Britain-based war monitor.

The death toll is expected to rise further as attacks continue.

Home to some 400,000 people, eastern Ghouta has remained under a crippling regime siege for the last five years. 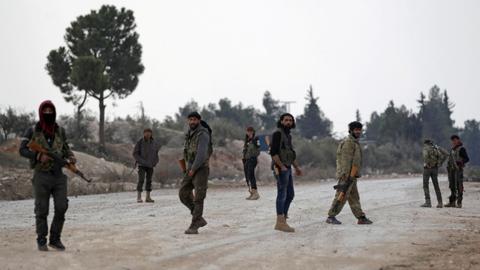