EU allots more than $7 billion to Turkey for hosting refugees

Under a deal with the European Union, Turkey pledged to accept the return of migrants arriving in Greece and do more to stop the flow in return for financial assistance to refugees.

The EU has announced the finalising contracting process of $7.3 billion (€6 billion) in aid to refugees hosted by Turkey, focused on the 4 million Syrian refugees who since 2011 fled the war in their home country for safe shelter in Turkey.

After the biggest refugee crisis since World War II in 2015 saw a million people arrive in Europe, Brussels and Ankara agreed in 2016 to resolve the issue.

Under the deal, Turkey pledged to accept the return of migrants arriving in Greece and do more to stop the flow in return for financial assistance for refugees.

"The contracts will provide support to refugees in terms of basic needs, health care, protection, municipal infrastructure and vocational and technical education and training, employment and support to private sector, SMEs and entrepreneurship,” said the statement.

READ MORE: The EU has failed to live up to the 2016 agreement with Turkey on refugees

"Today marks the finalisation of the contracting of six billion euros in EU support to refugees and host communities in Turkey," said Nikolaus Meyer-Landrut, the bloc's envoy to Ankara.

The two sides have "put an important milestone behind us and (will) now focus on making sure that the refugees and host communities will benefit from our projects."

The EU money has been earmarked for specific social projects inside Turkey for helping refugees and will not be paid directly to the Turkish government.

The new contracts include supporting health services for migrants and improving the living conditions of the most vulnerable refugees.

They have fled to Turkey since the conflict broke out after anti-government protests in Syria in 2011, with a death toll of nearly 400,000.

The issue has put a significant strain on relations between the bloc and Turkey.

Turkey's President Recep Tayyip Erdogan has accused the EU of not fulfilling promises and says Ankara has spent $40 billion on more than 3.6 million Syrian refugees living in Turkey.

Earlier this year, Erdogan said Turkey would not prevent migrants from leaving for EU territory but later rescinded the threat.

He sought to pressure Brussels into providing more support to Turkey in view of the Syrian conflict, especially after violence flared in the northwestern region of Idlib.

Tensions between the bloc and Turkey are high over Ankara's energy exploration in the eastern Mediterranean Sea in contested waters claimed by Greece and Turkey.

The bloc said after a European Council summit last week that it plans more sanctions against Turkey.

But it added that the EU was "prepared to continue providing financial assistance to Syrian refugees and host communities in Turkey".

READ MORE: How does the EU-Turkey refugee deal work? 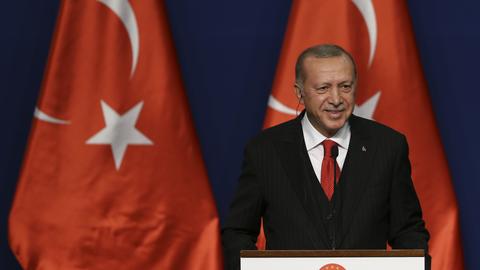 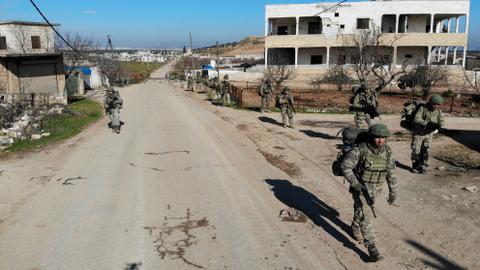