Dustin Allen Hughes,26, of Cutler Bay, Florida admits to obstructing the free exercise of religious beliefs through the threatened use of a dangerous weapon and explosive after he called in a bomb threat to a mosque in Florida.

A 26-year-old Florida man has admitted obstructing the free exercise of religious beliefs through the threatened use of a dangerous weapon and explosive after he called in a bomb threat to a mosque, federal prosecutors said on Friday.

Dustin Allen Hughes of Cutler Bay, Florida, pleaded guilty on Thursday during a hearing in the Southern District of Florida, federal prosecutors said in a statement.

He faces up to 20 years in prison when he is sentenced on September 6.

Hughes confessed to calling an emergency contact for the Jamaat Ul Muttaqeen Mosque in Pembroke Pines, Florida, on May 5 and leaving "a hate-filled and profanity-laden voicemail message denigrating Islam and threatening to blow up the mosque," the prosecutors' statement said.

In the message, Hughes said he had a detonator, that he was "going to blow your ... temple up," and that "you guys are all going to be up in flames after I'm done with you," according to the statement.

Law enforcement was contacted and immediately responded, but no bomb was found at the mosque, prosecutors said.

"The Justice Department will continue to vigorously prosecute hate crimes so that all people, no matter how they worship, can live their lives freely and without fear," Acting Assistant Attorney General John Gore said in the statement. 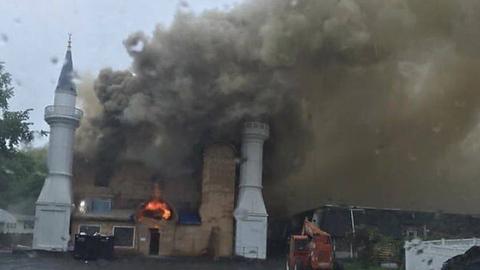 Diyanet Mosque in US ‘intentionally’ set alight during Ramadan 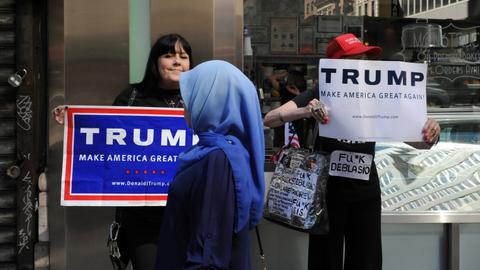