The private business of for-profit prisons in the US

Advocates argue private prisons in the United States help increase prison capacity and keep costs down, but these for-profit facilities have thrown a spanner in the process of rehabilitation. Here's a brief overview.

Imprisonment is meant to have a purpose. Retribution, incapacitation, deterrence and rehabilitation have all been cited as a reason to incarcerate someone who has gone against the social contract.

Reintegrating a criminal so that they can function within the bounds of society could be considered one of the ultimate aims of imprisonment.

Private prisons in the US, however, have shifted the goal posts.

How did US private prisons come about?

In the United States, private prisons are by definition for-profit facilities.

Before the brick-and-mortar structures of standardised private prisons were integrated into the US correctional system, states used inmates as bonded factory workers as early as the 1800s.

Later, black inmates were made to work on cotton plantations; in fact, the first official private prison contractor has its roots in such a plantation in 1967. The plantation owner, Terrell Don Hutto, went on to found the Corrections Corporation of America (CCA), which is the country's oldest for-profit prison enterprise.

The boom in private corrections facilities is often traced back to President Ronald Reagan's 'War on Drugs' policies which left public prisons overwhelmed.

The first official prison was founded in the early 1980s after CCA, rebranded as CoreCivic, assumed management of a facility in Shelby County, Tennessee.

On April 1984, it opened Houston Processing Center in Houston, Texas, as the first detention centre in the world designed and constructed by a corrections company.

Managing correctional facilities for federal, state and local government partners, CCA — the fifth-largest corrections system in the US — houses nearly 70,000 inmates in more than 70 facilities, with a total bed capacity of more than 80,000.

The GEO Group Inc (GEO), a competitor, has the management and/or ownership of 139 correctional, detention and community reentry facilities, encompassing approximately 96,000 beds worldwide. It has 71 facilities with 75,338 beds under its US Corrections division.

The private prison industry was thought to have been worth $5 billion in 2015.

'The product is the prisoner'

"The product is the prisoner" in private prisons, said Jeannie Alexander, Director of the No Exceptions Prison Collective, in an interview with Voice Of America.

The problem lies in the fact that the number of inmates determines how much money these facilities can make, she added.

"Since 2000, the number of people in private prisons has increased 47 percent, compared to an overall rise in the prison population of nine percent," according to the Sentencing Project's 2018 fact sheet.

"Private prisons in the US incarcerated 128,063 people in 2016, representing 8.5 percent of the total state and federal prison population," it stated, adding that "the federal prison system experienced a 120 percent increase in [the] use of private prisons since 2000, reaching 34,159 people in private facilities in 2016".

More prisoners, however, has not necessarily translated into more guards or better-trained staff at private facilities.

“The secret to low operating costs is having a minimal number of guards for the maximum number of prisoners,” explained Russell Boraas, a private prison administrator in Virginia.

Private prisons report one correctional officer per 6.9 inmates as compared to public facilities where there is one officer per 4.9 inmates, according to a 2016 report by The Hamilton Project, run by the Brooking Institution.

Since roughly 65 percent of operating costs go on salaries, private prison correctional officers are also paid less. In 2015, staff at private prisons received salaries that were about $7,000 lower than the average public officer’s salary, the report said.

Shares in private prison operators CoreCivic Inc and GEO rose in late June as investors bet on an increase in demand for such services after the US authorities asked about available capacity for the detention of immigrant families.

It came after US President Donald Trump issued an executive order aimed at ending his controversial policy of separating immigrant children from their parents caught entering the country illegally.

"Among the immigrant detention population, 26,249 people — 73 percent of the detained population — were confined in privately run facilities in 2017. The private immigrant population grew 442 percent since 2002," said the Sentencing Project.

The market of private prisons signals an upturn as CoreCivic's stock increased by 140 percent during the first half of 2017.

Some private prison companies, seen as politically connected, contributed $1.6 million to candidates, parties and outside spending groups during the 2016 election cycle.

GEO and CoreCivic are among these contractors, as each donated $250,000 to Trump’s inaugural fund.

Public correctional facilities are also rife with problems. Abuse by guards and inmates, poor health care and other issues are widely documented at public prisons. And similar problems allegedly remain hidden at private prisons, which are not subjected to the same scrutiny as they are exempt from state laws.

When the conditions of private prisons are available for scrutiny, the issues of low-quality health care, poor food, inferior care of inmates, high rates of violence, violating human trafficking laws and forced labour come to the fore. CoreCivic, in particular, also faces allegations of abuse and exploitation of detained immigrants’ labour.

The Federal Bureau of Prisons (BOP), following a review of three private corporations — CCA, GEO, and Management and Training Corporation (MTC) — found that “contract prisons had higher rates of inmate-on-inmate and inmate-on-staff assaults, as well as higher rates of staff uses of force”.

The US Department of Homeland Security's Office of Inspector General issued a scathing report after visiting a privately-run detention facility in the remote, desert city of Adelanto in May, the Los Angeles Times reported.

Inspectors found nooses in 15 of 20 cells they visited at the centre operated by GEO for Immigration and Customs Enforcement, and said guards told them that removing the sheets was not a high priority.

Some detainees said they used the braided sheets as clotheslines or unfurled them for privacy. One detainee told inspectors he had seen them used for attempted suicides and that, "the guards laugh at them and call them 'suicide failures' once they are back from medical," according to the report.

There were at least seven suicide attempts at the facility between December 2016 and October 2017, and a 32-year-old man killed himself by hanging in March 2017, according to the report.

According to a book written by journalist Shane Bauer, Robert Scoot, an inmate who lost his fingers and legs due to gangrene contracted during incarceration, sued CCA for neglect, claiming that the inmates are denied medical care as the company operates the prison "on a skeleton crew for profitable gain".

Bauer, on December 2014, started a job as a corrections officer at a Louisiana prison run by the CCA and uncovered gross abuse and misconduct by prison authorities there on a large scale.

One CCA captain pleaded guilty to sexually assaulting a prisoner and making false statements to the FBI. The captain was sentenced to six years in federal prison and a $5,000 fine.

The many ways prison services can be contracted

There are many ways to create a for-profit prison facility. A private company can finance and build a prison and then bid for a government contract to also run it. Another method would be to finance and build a correctional facility and then lease it to the US government, according to the 2012 book "Essentials of Criminal Justice".

Public prisons can also contract out specific services to private companies, such as providing food services or healthcare to inmates.

"The firm with the winning bid then assumes full responsibility for managing the day-to-day operations of a prison facility: hiring staff, disciplining prisoners, stocking supplies, providing legally mandated programs and so forth," said Brett C Burkhardt, an assistant professor of sociology at Oregon State University.

"In return, the government pays the firm, typically on a per-inmate-day basis," Burkhardt said. "In taking over operational responsibilities, the firm also assumes legal liability in the event of legal or constitutional disputes."

According to Burkhardt's research on private prisons in the US, "the trend toward privatisation is unlikely to solve the very real problems in US prisons". 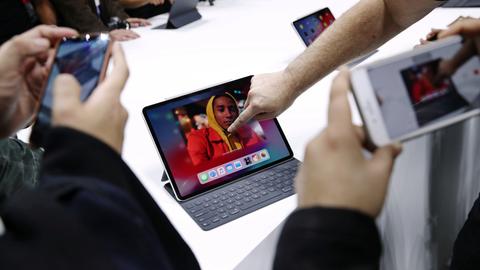