The state prosecutor said that at least 18 people were killed and 243 others wounded during last week's unrest in the autonomous Karakalpakstan region after protests erupted over planned constitutional changes affecting the territory's status.

Eighteen people have been killed and 243 wounded during unrest in Uzbekistan's autonomous province of Karakalpakstan.

Authorities announced the deaths on Monday, following protests that broke out last week over plans to curtail the province's autonomy.

Security forces detained 516 people while dispersing the protesters last Friday but have now released many of them, the national guard press office told a briefing.

On Saturday, President Shavkat Mirziyoyev dropped plans to amend articles of the constitution concerning Karakalpakstan's autonomy and its right to secede. He also declared a month-long state of emergency in the northwestern province.

On Sunday, Mirziyoyev made his second visit to Karakalpakstan in two days. He accused protest organisers of "hiding behind false slogans" and trying to "seize the buildings of local government bodies".

Uzbekistan's parliament has voted to extend a period of public discussion on the draft constitutional law for another 10 days until July 15, lawmaker Bobur Bekmurodov wrote on Twitter on Monday.

The Kremlin said on Monday that the deadly unrest was an "internal matter" for Tashkent. Speaking to reporters, Kremlin spokesperson Dmitry Peskov said that Russia considered Uzbekistan a "friendly country" and had no doubt that its leadership would work to resolve the issue.

Official reports said protesters had marched through the provincial capital of Nukus last Friday and tried to seize local government buildings, triggering the worst bout of violence in almost two decades in the Central Asian nation of 34 million.

Karakalpakstan, situated on the shores of the Aral Sea which has been a site of environmental disaster for decades, is home to Karakalpaks, an ethnic minority group whose language is closer to Kazakh than Uzbek.

The autonomous republic's constitutional right to break away from Uzbekistan is a legacy of an agreement struck between Karakalpakstan and the central government in Tashkent after the collapse of the Soviet Union.

On Monday, Mirziyoyev spoke to Kassym-Jomart Tokayev, the president of Kazakhstan, which is home to the largest Karakalpak diaspora abroad. Tokayev's office said he welcomed Tashkent's measures to ensure stability in Karakalpakstan.

Is jail saving Uzbek ‘princess’ from extradition to the US? 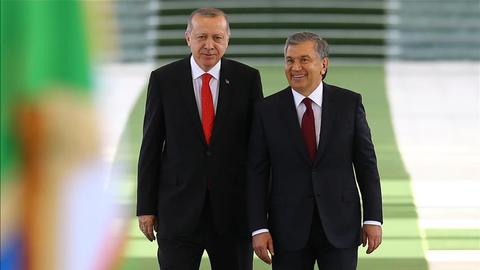