The bones of about 64 Maori and Moriori –– the Indigenous people of mainland New Zealand and the Chatham Islands, respectively –– were looted from the island nation by Austrian taxidermist and graverobber Andreas Reischek in the late 1800s.

A notorious graverobber took home to Austria the remains of scores of Maori and Moriori in the 19th century. The remains of the Indigenous people would not be returned to New Zealand decades later.

Officials said the remains began a journey back to the island nation on September 27, 2022.

The bones of about 64 Maori and Moriori –– the Indigenous people of mainland New Zealand and the Chatham Islands, respectively –– are being returned by the Natural History Museum Vienna.

They will be received at Te Papa, the national museum of New Zealand in Wellington, on Sunday as part of a government-funded programme to bring Indigenous remains back to the Pacific nation.

The remains, including skulls, were housed for decades in Austria's capital after being plundered from New Zealand's "iwi" (tribes) more than 130 years ago, officials from the two countries said.

Records show that most of the bones were collected by Austrian taxidermist and graverobber Andreas Reischek, who toured New Zealand for 12 years until 1889.

Reischek's diaries recount how he looted graves without permission in several locations including the Chatham Islands, Christchurch and Auckland.

"These ancestors were stolen by those with no regard for the Maori communities they belonged to," said William "Pou" Temara, chairman of Te Papa's Repatriation Advisory Panel, in a statement Tuesday.

"In his diary entries, Reischek boasts of eluding Maori surveillance, looting sacred places and breaking 'tapu' (sacred rules) –– he knew exactly what he was doing.

"His actions were wrong and dishonest."

The remains began their long journey home on Tuesday at a ceremony attended by New Zealand's ambassador to Austria.

On Sunday a Maori welcoming ceremony, the Powhiri, will mark the repatriation in Wellington –– the biggest so far from Austria.

It will conclude 77 years of negotiations between New Zealand and Austria, which began in 1945 when Maori leaders sought the remains' return.

The remains will be kept at Te Papa's "wahi tapu" (sacred space) while the museum consults with Maori and Moriori iwi to determine the final resting place.

"This historic repatriation helps to reconcile the colonial past and opens a new chapter in relationships between Maori, Moriori, and the New Zealand and Austrian governments," he said.

Katrin Vohland, the director of Vienna's natural history museum, said the process was "driven by the wish for reconciliation".

"I am happy we can contribute to the healing process," she said.

Sunday's ceremony is the latest return of Indigenous remains since New Zealand created a government-funded repatriation programme in 2003.

In July, the Natural History Museum in London returned the ancestral remains of 111 Moriori and two Maori ancestors to Wellington.

Washington's Smithsonian Institution returned the remains of 54 Maori people, including four mummified heads, as part of another significant repatriation in 2016. 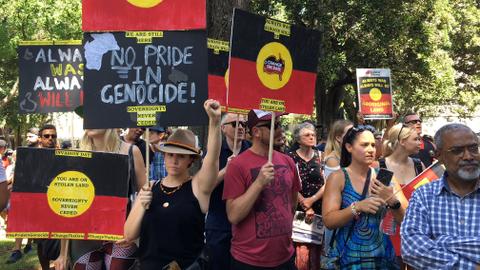