Communication lost with India craft attempting to land on the moon

The Vikram lander of Chandrayaan 2, or Moon Chariot 2, was due to land in the lunar South Pole region, a region the Indian Space Research Organisation (ISRO) says is "completely unexplored".

India on Saturday lost communication with its spacecraft just before it was due to land near the South Pole of the moon, the country's space agency said.

The fate of the lander — whether it crashed or landed — wasn't immediately known.

"The Vikram lander descent was (ongoing) as planned and normal performance was observed," Indian Space Research Organisation (ISRO) chairman K. Sivan said in the control room at the southern city of Bangalore.

"Subsequently the communication from lander to ground station was lost. The data is being analysed," he said.

Modi said "in spite of facing obstacles, our determination has not been weakened, rather it has strengthened."

"We will look back at this journey and effort with great satisfaction," he added.

A successful landing would have made India just the fourth country to land a vessel on the lunar surface, and only the third nation to operate a robotic rover there.

The roughly $140 million mission, known as Chandrayaan-2, was intended to study permanently shadowed moon craters that are thought to contain water deposits that were confirmed by the Chandrayaan-1 mission in 2008.

India's achievements in space have been hailed by Modi as a symbol of the country's rising ambition as a global power.

The unmanned mission though is about more than national pride, with scientists hoping for vital information enabling humans to stay on the Moon and use it as a pitstop on the way to Mars.

Vikram, the lander of Chandrayaan 2, was scheduled to touch down between 2000-2100 GMT Friday.

Around four hours later, the lunar rover was supposed to have emerged. But with communication down, there's no saying what could happen.

Landing is a complex manoeuvre, with Kailasavadivoo Sivan, the head of the Indian Space Research Organisation (ISRO), calling it "15 minutes of terror".

"It is like suddenly somebody comes and gives you a newborn baby in your hands. Will you be able to hold without proper support?," Sivan told news channel NDTV.

"The baby will move this way, that way but we should hold it," he said.

Here's why the mission is important for future lunar and space exploration, including of Mars:

The Vikram lander of Chandrayaan 2, or Moon Chariot 2, is due to land in the lunar South Pole region, a region the Indian Space Research Organisation (ISRO) says is "completely unexplored".

The lunar rover that will emerge from the spaceship will help scientists understand better the origin and evolution of the Moon through studying the area's topography and minerals.

The area also has craters that are "cold traps", and which would contain a record of the early solar system.

India's first lunar mission in 2008, Chandrayaan-1, did not land on the Moon, but using radar detected ice in the frigid shadows of craters at the lunar poles.

Scientists believe that large amounts of water are in the South Pole, and Chandrayaan 2 will explore further how much there might be.

This is important because it could determine whether having people live on the Moon is feasible, said Mathieu Weiss, a representative in India for France's space agency CNES.

"If any future (human) settlements will happen on the Moon, it will be in that area, because it is the only area where the temperature is constant as it's a shadowed area," Weiss said.

The last time humans were on the Moon was in 1972 when the US Apollo 17 mission took Eugene Cernan, Harrison Schmitt and Ronald Evans - and five mice Fe, Fi, Fo, Fum, and Phooey, there and back.

According to Chandrayaan-1's director Mylswamy Annadurai, the new Indian mission could be a "precursor for future manned missions".

This could be the first step towards exploring Mars, with reaching and colonising the Red Planet viewed by government and private interests as the next challenge.

The US space agency NASA said last year it believes it can put humans on the Red Planet within 25 years. Billionaire Elon Musk wants to get people there too.

But reaching Mars, which lies an average of 225 million kilometres from Earth, is hugely challenging.

The Moon is a relatively near 380,000 kilometres from Earth.

As such, scientists say the lunar South Pole, if as believed it has an abundance of water, will serve as a pitstop as well as a testing ground for technologies to be used to journey to Mars.

The Chandrayaan-2 mission stands out because of its low cost, with some $140 million spent on preparations, a much smaller price tag compared with similar missions by other countries.

The spacecraft also carries an orbiter, lander and a rover, all almost entirely designed and made in India.

The US, which recently marked the 50th anniversary of Neil Armstrong becoming the first human on the Moon, spent the equivalent of more than $100 billion on its Apollo missions.

Chandrayaan-2, if successful, could herald the start of cheaper missions, at a time when private industry is entering the space race and striving to make exploration cheaper,  and more profitable. 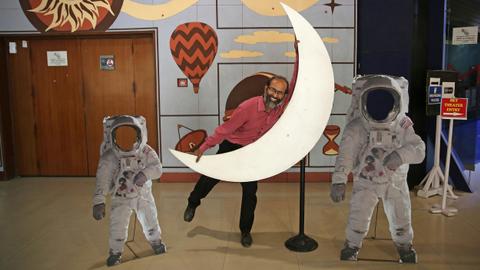 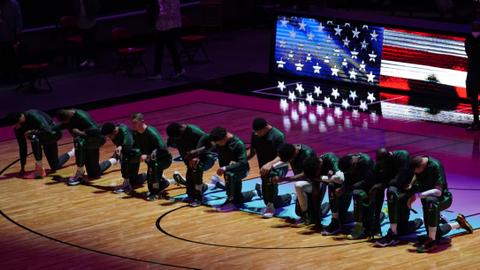