A powerful crypto lobby has started to assert itself in US politics in a short period of time.

With cryptocurrencies exploding in popularity in the past year, some that have gained from the crypto boom have increasingly sought to transfer their newly minted digital wealth into influence at the highest echelons of power: Washington DC.

A new bipartisan alliance of libertarians, business executives and tech utopians have begun to not only unite on legislation to help the crypto sector grow, but are throwing money behind candidates running for seats in the US House of Representatives.

One high-profile congressional race where crypto’s impact has been felt is between former State Senator Nina Turner and Congresswoman Shontel Brown, who are facing off in a Democratic primary on May 3.

Protect Our Future, a super PAC bankrolled by crypto billionaire Sam Bankman-Fried, CEO and founder of crypto exchange FTX, has already spent over $1 million backing Brown, according to the Federal Election Commission (FEC).

A major Crypto PAC and the Congressional Progressive Caucus PAC Are Now Both Backing Shontel Brown Over Nina Turner https://t.co/UeZ1swenlc

Another race in Oregon has seen political newcomer Carrick Flynn – who used to work for Sam Bankman-Fried’s brother – receive around $6 million in support from Protect Our Future.

Some like State Rep. Jasmine Crockett, running in a Texas district, was flushed with $2 million from major crypto super PACs for siding with pro-crypto policy positions to put her over the top in her race.

Overall, Bankman-Fried’s super PAC has spent more than $9 million to support candidates running for seats in the US House of Representatives, which include Brown, Flynn, Crockett as well as Lucia McBath in Ohio.

This all brings to the forefront the issue of big money in US politics – an obstacle that outsider candidates and progressives have had to contend with since the implementation of the Citizens United decision, which legalised the spending of unlimited money in congressional campaigns.

Crypto was starting to make its presence felt before the current crop of races, too.

Republican Patrick McHenry, one of the key proponents for crypto in the Senate, along with members of Congress from North Carolina, highlighted a clause in Biden’s 2,700-page infrastructure bill that would have forced crypto brokers to report transactions and customer information to tax authorities.

Viewing it as an article that could hinder the industry, McHenry along with a small group of congressional Republicans and Democrats came together to lobby the bill’s authors to kill the clause.

The Financial Times reported the move as a “seminal moment” for crypto’s champions in Congress, and that this “crypto caucus” was “set to become one of the most powerful blocs on Capitol Hill in the coming years, as politicians rush to set the rules for one of the fastest-growing industries in the world.”

Armed with a new mountain of disposable crypto cash, these new digital honchos are turning to an old-fashioned way to get what they want: spending real money on currying favour with politicians to implement crypto-friendly legislation at both the state and the federal levels.

Much of that money came from big players like Coinbase, Ripple and the Blockchain Association – all of which spent over $2 million on lobbying between 2018 and 2021.

The Public Citizen report found that corporations and trade groups also reported lobbying on cryptocurrency issues, including the US Chamber of Commerce, which reported 32 such lobbyists.

The report also noted several former high-profile government officials from both Republican and Democratic parties who either became crypto lobbyists or went to work in the industry.

Last month, President Joe Biden signed an executive order to establish a national policy framework on digital assets, a move that is likely to stimulate further acceleration of crypto and blockchain-focused lobbying and campaigning.

In February, Coinbase filed for a PAC aimed at supporting “crypto-forward lawmakers,” but has reported no expenditures with the FEC as of yet. 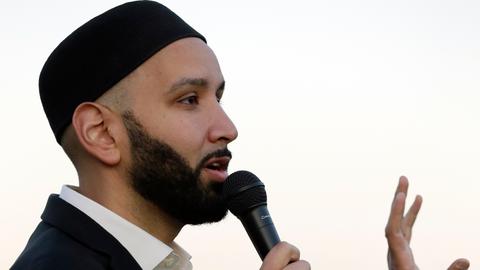