The watchdog’s latest report argues increased repression is a sign that autocracies are losing their grip, as both civilian and political opposition grows stronger.

Autocratic leaders faced significant backlash in 2021, but democracies will flourish only if their leaders do a better job of addressing global problems, Human Rights Watch said in its 2022 Word Report published on Thursday.

The rights body said there is a dire need for democratically elected officials to show bold leadership in the face of challenges like the Covid-19 pandemic and looming climate crisis.

In an essay introducing the 32nd edition of the report, which analyses the rights situation in countries across the world, the group’s director Kenneth Roth mentioned that increasingly repressive acts against protestors by autocratic regimes were signs of desperation and a weakening grip on power.

“There is a narrative that autocrats are prevailing and democracy is in decline,” Roth writes. “[Yet] if you look at the trends in human rights over the last 12 months it doesn’t look so rosy for the autocrats.”

“There has been an outpouring of public support for democracy with people taking to the streets in China, Uganda, Poland, Myanmar, often risking their lives to do so, and many other places where repressive regimes are struggling to maintain their control.”

Examples it pointed to include the Czech Republic, where prime minister Andrej Babis was defeated, and Israel, where the 12-year premiership of Benjamin Netanyahu came to an end.

Moreover, autocrats cannot rely on manipulated elections to preserve power any longer. From Nicaragua to Russia, a number of countries are resorting to “overt electoral charades” – and while they guarantee the desired results, ultimately confer none of the legitimacy that is sought.

The report also highlights recent military coups – including in Myanmar and Sudan – and the emergence of autocratic-adjacent leaders in democratic countries, like Hungary, Poland, India, Brazil, and until last year, the US.

Although former US president Donald Trump’s efforts to overturn the 2020 election results failed, Roth cautioned that US democracy is still “clearly being challenged today”.

Additionally, HRW pointed to the US continued provision of arms to countries like Egypt, Saudi Arabia, and the UAE which all have poor records on rights abuses. It also highlighted moves by the EU to ink investment deals with China despite Beijing’s alleged use of Uyghurs as forced labour.

Roth underlined that democracies would fail to thrive if their governments focused on short-term political agendas as they did during 2021, when urgent issues of climate emergency, inequality, racial injustice and poverty were inadequately addressed.

“Our fear is that if democratic leaders don’t rise to the occasion [and] demonstrate the kind of visionary leadership that is called for today, they are going to generate the sort of despair and frustration that are fertile grounds for autocrats,” he warned. 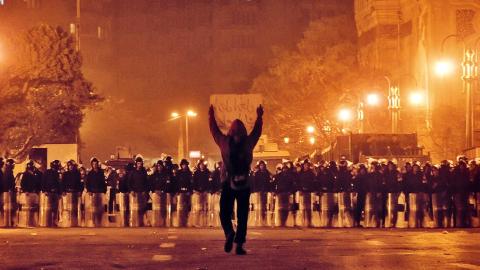 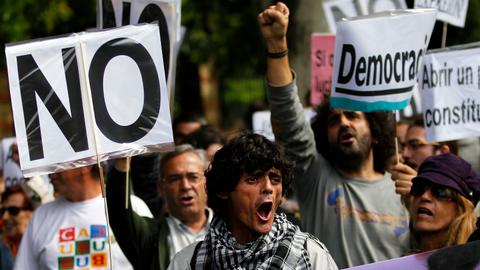