Turkey's President Recep Tayyip Erdogan has said the government is determined to make the country a centre for domestic and international investors by offering low-risk, high-confidence and satisfactory earnings.

"In the upcoming period, we will further improve the investment environment with additional reforms in this area," Erdogan told a virtually held International Investors' Association (YASED) summit.

He said the government has launched inclusive new reforms in law, democracy and economy in this regard.

"Our country will be able to reach its 2023 targets with the support of our 83 million citizens," he said, adding that they are open to constructive criticism and innovative ideas.

Noting the strong economic growth rate achieved in Q3, he said, this is a testament to the country's successful recovery period from the pandemic.

The president added that the Turkish economy is growing successfully, unlike other countries that are experiencing a recession.

Turkey ranks 13th in the world and 7th in the OECD region in terms of purchasing power parity, Erdogan noted.

In the past two years alone, Turkey has made progress of 27 grades in the World Bank's Ease of Doing Business Index 2020 rankings, he said.

"'Come and see Turkish hospitality,' I tell investors across the world," he said, adding that Turkey offers significant advantages, especially for international investors seeking an alternative to the Asia-based manufacturing network.

He said in the 18 years of his party's rule, Turkey has never treated international investors as 'foreign'. The facilities the government provides for its own people, will also be provided for all international entrepreneurs who invest in Turkey, he added.

"From defence industry and digital economy to health and food, we encourage investment that will add high value and lead Turkey's technological transformation."

Also speaking at the event, Turkey’s Vice President Fuat Oktay said the coronavirus outbreak has affected social, security, health and economic systems all around the world, but it has also offered opportunities in the financial sector.

Oktay said Turkey offered foreign investors a great opportunity amid the ongoing pandemic due to its qualified labour force and top-notch transportation network.

He went on to say that the country enjoyed a significant geographical location, bridging Europe to Asia, and Turkey could reach some 1.7 billion people within a 4-hour flight radius, making it a key player in international investments.

READ MORE: What to expect from Turkey’s economic team 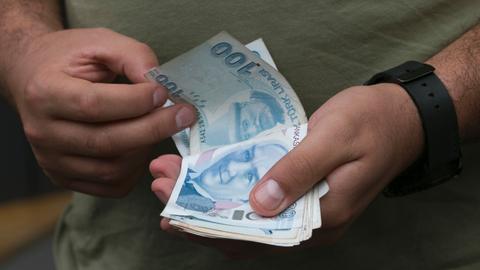 Can Turkey's economy switch gears after the election?