"We will launch TurkStream on January 8. We will be indispensable in international markets with natural gas pipelines coming from both the east and north," said Fatih Donmez in a meeting in the northwestern Bilecik province.

Referring to the inauguration of the Trans-Anatolian Natural Gas Pipeline’s (TANAP) Europe link on November 30, Donmez said: “When the TANAP was first signed, people said that the project was a dream.”

“And now, we are concluding another giant project after TANAP. While TurkStream and TANAP will ensure that our nation uses natural gas without any problems, we will also play a key role in ensuring the security of Europe's natural gas supply."

The Nord Stream project — operational since 2011 with an annual capacity of 55 billion cubic meters — brings Russian gas directly to Germany via the Baltic Sea.

Together they will meet the annual gas demands of a quarter of the European continent. 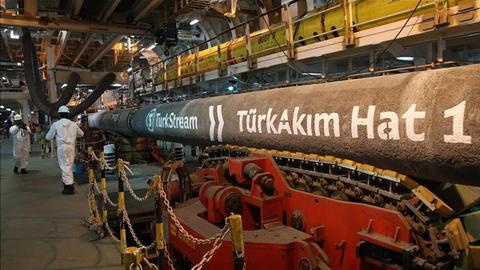