1
UK fines Facebook over $69M over Giphy takeover breach
2
Do escalating tensions spell the end for the NATO-Russia Council?
3
Turkey signs energy, defence deals with Nigeria in first presidential trip
4
How Turkey's approach to Africa differs from the West and China
5
Is Poland likely to 'Polexit' out of the European Union? Explained

The Turkish Republic of Northern Cyprus (TRNC) will begin official talks on the Cyprus issue if its sovereign equality and international equal status are recognised, the nation's president has said.

Speaking to reporters after a tripartite luncheon meeting that included UN Secretary -General Antonio Guterres and Greek Cypriot leader Nicos Anastasiades on Monday, Ersin Tatar said as no outcome has been reached for 60 years, these talks cannot be continued with the same understanding.

Tatar echoed Guterres' statement, saying there is no urgency to begin formal negotiations in Cyprus as there is no common ground.

The TRNC president noted that there are two separate nations and two separate states in Cyprus, saying that if this situation is not recognised, the status quo will continue.

He also said that Turkish Cypriots are facing injustice.

"The Secretary General also confirms this in his speeches. There is a state in the north. This state has full-fledged institutions and organisations. That's why it is out of the question for us to take a step back from our own state from now on," he added.

Earlier, after leaving the meeting, Tatar told Anadolu Agency that the Turkish side was working "to preserve our position to safeguard the interests of our community, of the Turkish Cypriot people.

"We will be using every opportunity to discuss the way forward," he said.

Tatar met Saturday with Guterres on the sidelines of the 76th session of the UN General Assembly in New York.

The two exchanged views on the Cyprus issue, according to a statement by the UN.

Anastasiades in a press briefing said he shared the Greek administration's approaches on the solution of the Cyprus issue and that their positions are in line with UN Security Council resolutions.

"We also made proposals on how to move forward. The UN Secretary General plans to appoint a special envoy for Cyprus," said the Greek Cypriot leader.

Anastasiades also said that Guterres will issue a statement regarding the trilateral meeting and how it will proceed from now on after consultation with both sides.

He said there will be no meetings between the leaders of both sides in the near future.

Cyprus has been mired in a decades-long dispute between Greek and Turkish Cypriots, despite a series of diplomatic efforts by the UN to achieve a comprehensive settlement.

In 1974, a Greek Cypriot coup aimed at Greece's annexation of the island led to Turkey's military intervention as a guarantor power to protect Turkish Cypriots from persecution and violence.
As a result, the TRNC was founded in 1983. 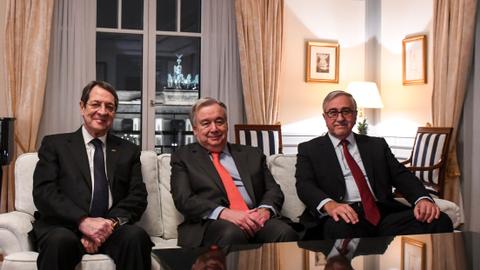 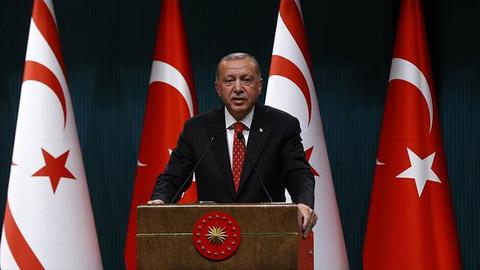 1
UK fines Facebook over $69M over Giphy takeover breach
2
Do escalating tensions spell the end for the NATO-Russia Council?
3
Turkey signs energy, defence deals with Nigeria in first presidential trip
4
How Turkey's approach to Africa differs from the West and China
5
Is Poland likely to 'Polexit' out of the European Union? Explained