Norway and Germany, among others, have discontinued financial aid for the Amazon Fund, leading some Brazilian federal governors to appeal directly to Europe to change their minds.

Governors in Brazil’s Amazon region are calling on Germany and Norway to save a fund aimed at protecting the crucial South American ecosystem.

The European states suspended funding for the fund after a disagreement over the direction it was heading under the stewardship of Brazil’s far-right President Jair Bolsanaro, who had pledged to divert the money to soybean farmers and cattle ranchers instead of putting it into conservation.

Officials from the region bypassed their president and appealed directly to Berlin and Oslo for help. They propose using a regional bank to handle payments instead of the state bank BNDES.

The governors have declared that they fully support the activities the funds were initially intended for and denounced the illegal use of the rainforest in the Amazon region.

Thousands of illegally operating gold prospectors and timber traders are said to be active there at the moment. Farmers are also clearing protected forests in indigenous reservations and nature parks.

Norway had announced that it would freeze 35 million euros ($38.8m) of financial aid intended for the fund because of Bolsonaro's expansive harvesting policy.

Norway is the largest donor to the fund to protect the Amazon rainforest. Since 2008, the country has paid $1.2bn into the fund.

The announcement that the financial assistance would be suspended for the time being followed Germany's payment freeze. At the beginning of August, the German Federal Environment Ministry had decided to suspend payments to forest conservation and biodiversity projects in Brazil.

Since the fund was set up in 2008, the deforestation figures in the Amazon rainforest have fallen sharply. This changed when right-wing populist Bolsonaro became president earlier this year. Bolsonaro, whose biggest supporter is the agricultural lobby, is considered a climate-change denier.

He dismissed the head of the research agency that documented and published the rapidly increasing number of land grabs since Bolsonaro took office and replaced him with a military official.

Between May and July alone, four times more forest area was lost to deforestation than in the same period last year. Bolsonaro also had areas belonging to indigenous peoples deprived of their protection status, which greatly increases the risk of deforestation there as well.

The fund's activities have been suspended since January after Bolsonaro ordered a review of the NGOs involved in the projects. He accused them of working for foreign powers. He had also accused scientists of doing the same.

Bolsonaro wants to make the fund's statutes more “agrarian-friendly”. The funds will also be used to compensate farmers who have been expelled from nature reserves. Germany and Norway oppose the amendment of the statutes. 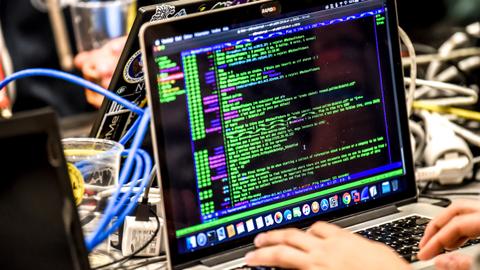