Five killed in two murder-suicides in US

In both unrelated incidents in Houston and Long Beach, the gunmen entered their place of work and opened fire before turning their gun on themselves.

A man walked into a Houston auto shop where he used to work and fatally shot two employees before going outside and killing himself on Friday, police said.

Multiple people, including customers and other employees, were at the shop when the shooting happened, Finner said.

"It's very, very sad this time of year and any part of the year that we lose three citizens," Finner said. "I just ask our great citizens of this city to pray for each victim here and their families."

Houston police also didn't immediately release the names of the two other people who died. The motive for the shooting is not clear.

A man walked into the Southern California law firm where he worked and shot two men Friday before turning the gun on himself, police said.

Police arrived to find the gunman and one victim dead and learned that the second victim had driven himself to a hospital, Long Beach police Sargeant Brad Johnson said at a news conference.

The injured man was in stable condition.

Police didn't fire any shots, Johnson said. A SWAT team searched the rest of the building and no other victims were found.

The gunman's motive had not yet been determined, but authorities emphasised it was not a case of an active shooter targeting as many people as possible.

Police and the FBI are investigating whether an argument over an online game prompted a hoax call that led to a house where an officer shot and killed an unarmed Kansas man who apparently wasn't involved in the dispute.

Wichita Deputy Police Chief Troy Livingston on Friday blamed a "prankster" who called 911 and made up a story about a shooting and kidnapping. He did not mention reports that an argument over online gaming was at the heart of the prank, although he said investigators had made good progress tracking online leads.

Police have not disclosed the name of the man who was killed Thursday evening, but relatives identified him as Andrew Finch, 28.

Livingston, speaking at a news conference, said the hoax call was a case of "swatting," in which a person makes up a false report to get a SWAT team to descend on an address.

"Due to the actions of a prankster we have an innocent victim," Livingston said. He said no one has been arrested in connection with the hoax.

Police played audio of the call to 911. A man said his father had been shot in the head. He said he was holding his mother and a sibling at gunpoint. The caller, speaking with relative calm, said he poured gasoline inside the home "and I might just set it on fire."

Several officers arrived and surrounded the home, braced for a hostage situation. When Finch went to the door police told him to put his hands up and move slowly.

But Livingston said the man moved a hand toward the area of his waistband – a common place where guns are concealed. An officer, fearing the man was reaching for a gun, fired a single shot. Finch died a few minutes later at a hospital. Livingston said Finch was unarmed.

The officer, a seven-year veteran of the department, is on paid leave pending the investigation. 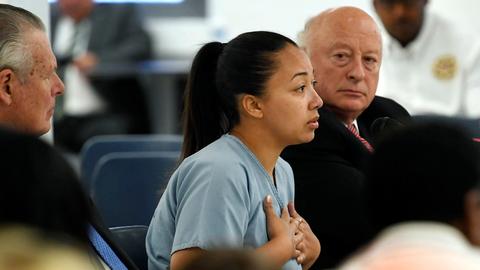