As the US began sending Central American families seeking asylum back to Mexico, rights groups say the program endangers asylum seekers by forcing them to remain in regions of Mexico experiencing record levels of violence.

The Trump administration's policy of returning asylum seekers to Mexico while their cases wind through immigration courts violates US law by putting the migrants in danger and depriving them of the ability to prepare their cases, a lawsuit filed Thursday by civil liberties groups claims.

The lawsuit in federal court in San Francisco seeks a court order blocking the Department of Homeland Security from carrying out the policy that took effect in January at the San Ysidro border crossing in San Diego.

The launch followed months of delicate talks between the US and Mexico and marked a change to the US asylum system that the administration and asylum experts said was unprecedented.

Mexican officials have sent mixed signals on the crucial point of whether Mexico would impose limits on accepting families. The plan began in San Diego with adults only, but US officials have always insisted it would include families, which currently account for nearly half of Border Patrol arrests.

The lawsuit says the first asylum-seeking families were returned to Tijuana on Wednesday, including one with a 1-year-old child.

"Instead of being able to focus on preparing their cases, asylum seekers forced to return to Mexico will have to focus on trying to survive," according to the lawsuit filed by the American Civil Liberties Union, the Southern Poverty Law Center and the Center for Gender & Refugee Studies.

"These pressures may deter even those with the strongest asylum claims to give up, rather than endure the wait under such conditions."

Steven Stafford, a spokesman for the US Department of Justice, said Congress has "explicitly authorised" Homeland Security officials to return migrants to a "contiguous foreign territory" during their immigration proceedings.

Homeland Security officials have previously said the policy is crucial to manage the crush of asylum seekers at the border and prevent false asylum claims that allow migrants to disappear in the US.

The lawsuit was filed on behalf of 11 asylum seekers from Central America, many of whom have already experienced violence in Mexico, according to the lawsuit. One plaintiff, identified as Howard Doe, escaped after being kidnapped and held by a drug cartel for more than two weeks while traveling through Mexico to reach the US border, the lawsuit says. It adds that the asylum seekers don't have the money to stay in Mexico while they fight for asylum or family there that can help them through the legal process.

The lawsuit accuses the administration of violating immigration laws that limit who can be sent back to Mexico, require that migrants have a meaningful opportunity to apply for asylum and prohibit the return of individuals to face persecution, torture or cruel treatment. It also s ays the administration implemented the new policy without a "reasoned explanation" in violation of administrative requirements. 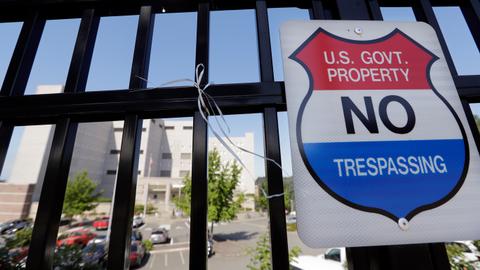