The performance of “The Marriage of Figaro” was sold out, with some seats empty for distancing.

An open-air theater surrounded by high desert vistas, the Santa Fe Opera is known as the place to watch the sun set while taking in a performance.

With a deadly respiratory virus still on the loose, the opera is one of the safest venues for large crowds and singers who are known for the strongest projection of sound in the music world.

The company prepared for opening night with stringent restrictions despite the availability of vaccines and the end of pandemic restrictions in New Mexico.

READ MORE: How the Istanbul Film Festival has adapted to the pandemic

Actors donned N-95 masks during rehearsals, struggling to catch their breath through the barriers as they belted out their lines. It’s tough enough to do at 7,000 feet (2,100 meters) of elevation.

Stagehands wore masks on set and across the opera’s sprawling campus during pre-production for multiple shows that required everything from welding a life-sized metal tree and constructing massive golden clock gears to painting, sewing and carpentry.

The story tracks the day of a marriage between a woman of high birth and a working-class man as they fend off the advances of a lusty count.

Opera lovers started the party hours before sunset in the parking lot.

Aficionados dressed to impress, unfolded tables and chairs and laid out picnics and glasses of champagne.

“This is part of our coming out especially after all the months of having been isolated and everything being shut down,” said Linda McDonald-Hummingbird, a retired nurse and semi-professional singer. “This is a type of rebirth.”

As the desert sky turned orange, the audience erupted before the performers took the stage.

“There’s just a simple announcement that came over the speakers - ‘Good evening, welcome to the Santa Fe Opera’ - and then they go crazy,” said soprano Vanessa Vasquez, who sang the role of Countess Almaviva.

“It just filled me with so much gratitude and it awoke a creative spirit in me that’s been quiet for the last year.”

Vasquez spent the pandemic between Phoenix and her hometown of Scottsdale, visiting her parents more than she ever could on the road, and learning a new hobby - tennis.

READ MORE: In pictures - World silently rings in 2021 as Covid-19 rages on

Behind the scenes, operas are wrestling with ongoing Covid-19 safety concerns and labor negotiations.

New York’s Metropolitan Opera hopes to start its season September 27 but has yet to reach an agreement with its orchestra, despite inking a deal with stagehands earlier this month.

Seats were blocked off near the orchestra, and masks were worn everywhere in rehearsals, which often took place indoors.

“Everybody wanted to get back to work, but they weren’t going to sacrifice anyone for that,” said Tracey Whitney, president of the American Federation of Musicians Local 618.

The masking made for a creative challenge.

“You can’t see their expressions. The singers, every breath they take to sing, they suck the mask into their mouth. It’s terribly uncomfortable. It’s terribly hot. It’s a great deal of discomfort,” said Laurie Feldman, stage manager.

The show was staged by French director Laurent Pelly, but he didn’t attend rehearsals in person.

Instead, a production intern helped Feldman record rehearsals with an iPad. Feldman and Pelly reviewed the rehearsals each day.

Seats were scarce, so the opera filmed the show for the first time.

The video was projected on a big screen in an overflow parking lot, similar to a drive-in theater.

The pandemic has accelerated the move to broadcast, which is seen as a pathway for opera to become more affordable and accessible to a wider audience.

McDonald-Hummingbird, the nurse, said she’s optimistic that opera is opening up.

A Black woman and a member of Laguna Pueblo, she discovered opera as a kid and now performs concerts tapping into Italian arias and gospel songs.

“I used to pretend in my mind that I was dressed up in the gown. It’s so powerful. It’s a gift from the Creator,” she said.

“I wish it were possible for every child who has never had the opportunity to experience that.”

On stage, opera is getting more diverse. “Figaro” starred soprano Ying Fang, of China, as Susanna.

Vazquez, the daughter of Cuban and Colombian immigrants, said she had doubts early in her career that she could make it as a Latina singer.

“I was looking at the big stages all over the world and I never saw anyone that really looked like me. I thought maybe I needed a backup. And my parents were on board with that,” she said, with a chuckle. As she studied music though, she saw more Hispanic stars getting top billing, giving her a boost. She said to herself, “Oh I can do this too.”

Vazquez added her own twist to the plot, incorporating her very real pregnancy into the drama of the show.

As the countess with the womanizing husband, she paused several times framing her belly with her hands.

“It really raises the stakes for her, for Countess,” Vasquez said.

“She has her child to think about and it gives this hopeful desire or objective of keeping her family together.” 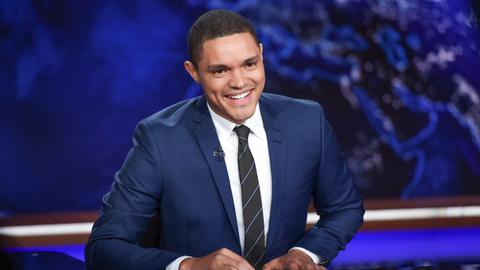