1
Rediscovered Michelangelo sketch sells for record $24M
2
Cannes Film Festival kicks into full swing for 75th anniversary
3
How North Macedonia's fashion labels aim to reduce textile waste
4
A painter for adults and children, Can Goknil has been at it for decades
5
Ukraine’s Kalush Orchestra gets Eurovision Song Contest trophy

Analysts predict $200 to $225 million at US box offices this weekend, which would put the film among the biggest openings in movie history.

The final film in the epic "Star Wars" trilogy of trilogies brought Hollywood to a standstill as a galaxy of VIPs from the space saga that began four decades ago descended on a glittering world premiere.

Veterans Mark Hamill (Luke Skywalker) and Harrison Ford (Han Solo) arrived on Monday to bid farewell to the movies that launched their careers in style at a futuristic hangar filled with life-size X-wing starfighters in Los Angeles.

They were joined by a who's who of Hollywood, with special guests from Steven Spielberg to Spike Lee.

"Tonight, looking at this whole mise-en-scene is quite bewildering," said Anthony Daniels, who has played droid C-3PO in every main "Star Wars" film.

"In fact, it's such a big experience that I'm not sure I can quite cope with it. But I do feel proud to be here and proud to be part of it."

"The Rise of Skywalker" officially concludes the so-called "Skywalker saga" of films begun by George Lucas in 1977 – a fact Disney's all-conquering publicity machine has used to ramp up hype on an intergalactic scale.

Analysts predict a stellar $200 to $225 million at domestic box offices this weekend, which would put the film among the biggest openings in movie history.

Disney chief Bob Iger said that fans would get "some kind of closure, some sense of satisfaction" for their favourite characters.

"Star Wars is probably the most important, most valuable mythology of our time, of the modern time," he said.

"If you just consider the global base of fans that have worshipped this storytelling since 1977, over 40 years ... tonight being a culmination of nine films is an incredibly important night."

Plot details have been kept tightly under wraps. But director JJ Abrams has said the trio's characters – Rey, Finn and Poe – will be reunited on-screen, after scattering for 2017's "The Last Jedi", which divided fans.

While Disney has embargoed full reviews until Wednesday, social media reaction from those inside the three Hollywood theatres blocked out for Monday night's event was broadly positive.

"Epic. All of it," tweeted Erik Davis, managing editor of Fandango movie website, calling the finale a "wonderful way to end the Skywalker story".

The film is set one year after its predecessor and at 141 minutes, will be slightly shorter.

Abrams returns after his first outing, 2015's "The Force Awakens", broke the all-time North American box office record, making him the only person other than Lucas trusted to helm multiple "Star Wars" installments.

But his presence has stoked controversy – "Jurassic World" director Colin Trevorrow was initially lined up but was fired for failing to satisfy Lucasfilm bosses with his script.

And Abrams had to cope with the death of Carrie Fisher, whose iconic Princess Leia was set for a central role in the finale. Leia will instead appear using unused, re-cut footage from Abrams' last film.

Meanwhile, Disney has whetted fans' appetites further by releasing new clips and trailers at the weekend.

In one, a returning Emperor Palpatine's voice declares, "This will be the final word in the story of Skywalker," while Star Destroyers and red Stormtroopers battle X-wings and Resistance fighters.

A second saw the villainous Kylo Ren (Adam Driver) growl, "I know who you are. I know the rest of your story," sending fans abuzz over the long-standing mystery about heroine Rey's parents.

These are familiar tropes to "Star Wars" aficionados, but it may be the last time they are seen for years.

"Rise of Skywalker" is the franchise's fifth film in five years and Disney has promised to apply the brakes to avoid fatigue.

"We're in no rush. We know that fans will want another film, or another few films, and we'll make them," said Iger.

Until then, fans can make do with Disney+ television series "The Mandalorian" and two further series featuring Obi-Wan Kenobi (Ewan McGregor) and the stars of hit spin-off movie "Rogue One" (2016). 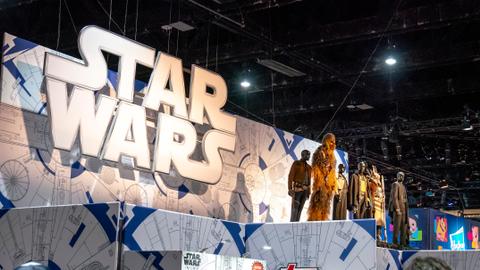 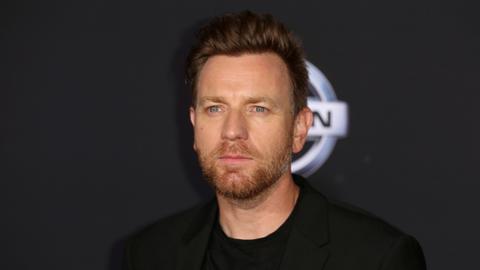 1
Rediscovered Michelangelo sketch sells for record $24M
2
Cannes Film Festival kicks into full swing for 75th anniversary
3
How North Macedonia's fashion labels aim to reduce textile waste
4
A painter for adults and children, Can Goknil has been at it for decades
5
Ukraine’s Kalush Orchestra gets Eurovision Song Contest trophy