Afghanistan's President Ghani and his government have not been involved in months of negotiations between Washington and the Taliban on an agreement for a peace deal in the country.

Afghanistan's president on Sunday rejected foreign interference as the United States and the Taliban appear to be closing in on a peace deal without the Afghan government at the table.

President Ashraf Ghani spoke during the Muslim holiday of Eid Al Adha and as US and Taliban negotiators continue their work in the Gulf nation of Qatar, where the insurgents have a political office.

Speaking after the Eid prayers, Ghani insisted that next month's presidential election is essential so that Afghanistan's leader will have a powerful mandate to decide the country's future after years of war.

"Our future cannot be decided outside, whether in the capital cities of our friends, nemeses or neighbours. The fate of Afghanistan will be decided here in this homeland," he said. "We don't want anyone to intervene in our affairs."

US envoy Zalmay Khalilzad is seeking a peace deal by September 1, weeks before the vote. The two sides are expected to agree on the withdrawal of some 20,000 US and NATO troops in return for Taliban guarantees that Afghanistan would not be a base for other militant groups.

The Taliban and the United States have both reported significant progress in their negotiations, with one Taliban official saying a pact could be signed after the Eid holiday.

Few details have emerged, but Khalilzad and the lead Taliban negotiator, Mullah Abdul Ghani Baradar, have been travelling in recent days to brief several countries involved in the process on the latest developments.

"I hope this is the last Eid where #Afghanistan is at war," Khalilzad said on Twitter, adding that negotiators were working toward a "lasting & honourable peace agreement and a sovereign Afghanistan which poses no threat to any other country."

The Taliban spokesman in Qatar, Suhail Shaheen, who has said a deal is expected at the end of this round of talks, also issued an Eid message expressing the hope that Afghanistan "will celebrate future Eids under the Islamic system, without occupation, under an environment of permanent peace and unity."

No major violence was reported in Afghanistan on Sunday.

The Taliban have refused to negotiate with the Afghan government, dismissing it as a US puppet, and on Tuesday they declared the September 28 election a "sham." They warned fellow Afghans to stay away from campaign rallies and the polls, saying such gatherings could be targeted. A day later the group claimed responsibility for a suicide bombing that targeted security forces in Kabul. The attack killed at least 14 people and wounded 145, most of them civilians.

'Peace is desire of each Afghan'

Ghani, stung by being excluded from the peace talks, on Sunday pleaded for national unity.

A peace deal would be followed by intra-Afghan talks, but it is not clear whether the Taliban would agree to talk to Kabul government members in their official capacity or only as ordinary Afghans, as in the past.

The Taliban do not recognise the Kabul government. 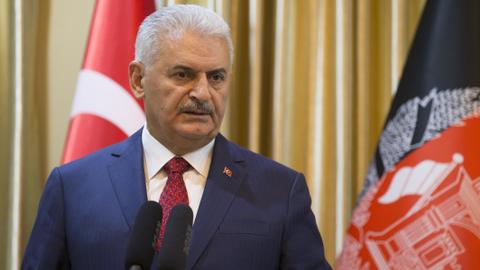 Taliban official calls latest round peace talks with US 'critical’