At least 13 people have been killed and five injured in a collision between a passenger van and a truck in eastern Pakistan.

The accident took place on a highway in Rahim Yar Khan on Saturday, a district in Punjab province, some 590 kilometres from the provincial capital Lahore.

The speeding truck overturned and rammed into the ill-fated van, which was carrying 18 passengers, including women and children, according to rescue officials.

Fatal road accidents are common in the South Asian country, mainly due to lax safety and infrastructure standards.

In June, a speeding bus veered off a narrow mountain road and plummeted into a ravine in a remote area of southwest Pakistan, killing 22 passengers including women and children.

In July 202, a jam-packed bus carrying mostly labourers traveling home for a major Muslim holiday rammed into a container truck on a busy highway in central Pakistan, killing at least 33 people. 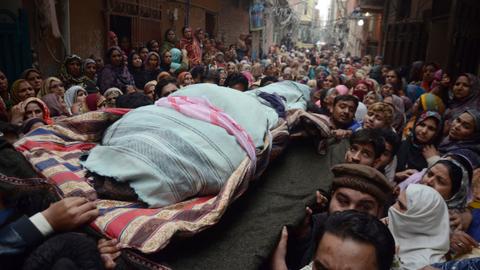