The soldiers were guarding road workers in the rebel bastion Sukma district of Chhattisgarh state when they came under heavy fire resulting in the death of two dozen soldiers, officials say. Local media revised the death toll to 26.

Suspected Maoist rebels killed 24 paramilitary commandos and wounded six on Monday in a remote part of central India, police said. The attack was one of the deadliest of its kind in the decades-long conflict.

The soldiers were guarding road workers in the Sukma district of Chhattisgarh state, a hotbed of Maoist insurgency, when they came under heavy fire.

"We have recovered 23 bodies from the spot and one jawan (soldier) died in Raipur during treatment," Anand Chhabra, a senior police officer said, referring to the state capital.

He said six other commandos were critically injured and had been evacuated for treatment.

Locals media has put the death toll at 26.

Prime Minister Narendra Modi condemned the attack against the Central Reserve Police Force (CRPF), saying their sacrifice would not be in vain.

Attack on @crpfindia personnel in Chhattisgarh is cowardly & deplorable. We are monitoring the situation closely.

Fatal attacks by Maoist rebels on Indian forces are frequent, but Monday's assault was among the deadliest in years.

Last month rebels killed 11 paramilitary policemen in the same state after ambushing their convoy, while at least 20 troops died in a 2015 attack.

In 2010, Maoists ambushed a police patrol, killing 76 in the worst-ever massacre of security forces by insurgents. The incident shook the country and led to pressure on the government to rethink its tactics.

If there's one state that deserves to be put under President's rule, it's Chhattisgarh. CMs have been sacked in the past for lesser failures

The Maoist insurgency started as a peasant uprising in 1967 and both sides have engaged ever since in tit-for-tat skirmishes in forests and rural areas.

The Maoist rebels, who say they are fighting for the rights of tribal people and landless farmers are believed to be present in at least 20 states but are most active in the five states of Chhattisgarh, Odisha, Bihar, Jharkhand and Maharashtra, occupying thousands of square kilometres of land.

The long-running rebellion has cost thousands of lives in the insurgent-dominated "Red Corridor" stretching through central and eastern India. It was described by then-prime minister Manmohan Singh as the nation's most serious internal security threat.

Critics believe attempts to end the revolt through tough security offensives are doomed to fail, saying the real solution is better governance and development of the region.​ 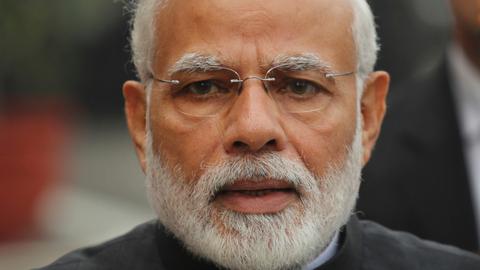 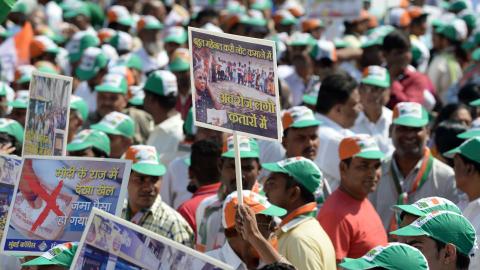