The Americans militarily defeated the Taliban in quick time in 2001. But war is now in its seventeenth year and seen the resurgence of the Taliban, and the US nation-building project has failed miserably.

Seventeen years ago this week, American forces arrived in the Afghan capital, Kabul, under the flag of Operation Enduring Freedom pledging liberation, development and progress. With British support they began a bombing campaign against the Taliban (for harbouring Al Qaeda), and Al Qaeda for attacking the United States on September 11, 2001.

The Northern Alliance and other anti-Taliban forces aided 1,000 US special forces to gain the initial victory and the more conventional US forces arrived twelve days later.

By November, Taliban forces had abandoned the capital of Kabul.

There was jubilation in the streets of Kabul as I arrived to join the United Nations.

The international community had high hopes and detailed plans of action for development and democratisation.

“The arrival of Americans was like a miracle,” says the prominent film director Sediq Barmak, “I was personally very hopeful for a long time.”

Barmak has now moved to France accepting the humiliation of the refugee units in France to save his young daughter from the daily trauma of war and violence at home in Afghanistan.

Women were especially jubilant initially, hoping the western presence would put an end to the Taliban’s brutal rule. Educationists, civil society and political activists all felt new doors, and new possibilities, had opened up.

They hoped the powerful international forces would protect them from the return of the Taliban.

Yet today, US officials admit that 40 percent of the country is either controlled or challenged by the Taliban forces. Daily attacks are devastating lives.

“Two generations of Afghans have seen nothing but war,” says Barmak.

The Interim administration formed by the Bonn Agreement, but dominated by US choices, was headed by Hamid Karzai, an ethnic Pashtun. Yet key security positions were occupied by Tajik, Hazara and Uzbek leaders of the Northern Alliance.

It was felt that this combination was necessary in the interim period to avoid a descent into chaos. It was hoped that in later stages democratic structures would lead to fair elections.

Yet this passing-phase became permanent: the US continued to influence who became the president despite the elections.

The former warlords continued to occupy high positions, and the Loya Jirga—an all-male traditional gathering of Afghan tribal elders, religious figures, and political leaders—continued to act as the final arbiter in all national crises.

“Now people have realised that Americans are only playing their own regional games here,” says Zaliq.

Both presidential elections of 2009 and 2014 were marred by controversy.

The former US Secretary of State, John Kerry, describes in his book Every Day is Extra how he resolved the impasse in 2014.  He says he invited both candidates, Ashraf Ghani and Dr. Abdullah, to the US embassy in Kabul.

“I turned to Ghani, put my hand on his shoulder and said Ashraf you are going to be the president, Abdullah will help you implement a common agenda.”

Kerry describes how in the face of anger by Dr. Abdullah supporters, he tells them that if they don’t accept the plan it would be difficult to justify “so much international funding and other support.”

“Instead of reconstruction, creating jobs, building the health and education sectors the Americans have focused on ethnic games,” says Barmak.

Neither of these were achieved. According to the latest UN report, “27.7 per cent of the seats in parliament are held by women, four ministries and Afghanistan’s Independent Human Rights Commission are led by women and three women have been appointed as ambassadors.”

Yet the more ordinary women “continue to face persistent discrimination, violence, street harassment, forced and child marriage, severe restrictions on working and studying outside the home, and limited access to justice” the same report says.

According to one source the unemployment rate peaked in Afghanistan at 40 percent in October of 2016.

Perhaps the media scene was brighter, mainly funded by USAID.

Yes, since 2001, a plethora of outlets were established. But only a handful could be described as independent. The majority are run either with ethnic or other vested agendas.

Journalists continue to face violence, threats and intimidation not just by the Taliban, but also by officials and ethnic groups. Forty-five journalists have been killed since 2001 in Afghanistan.

Only in the past nine months, the new UN report documents 8,050 civilian casualties in Afghanistan – and peace talks and discussions with Pakistan have not achieved any results.

The Economist Intelligence prediction is that there will be no peace deal with the Taliban in 2018-19.

Insecurity, corruption, economic mismanagement, and poor governance are by far the most commonly cited reasons for deep pessimism about the direction of the country. 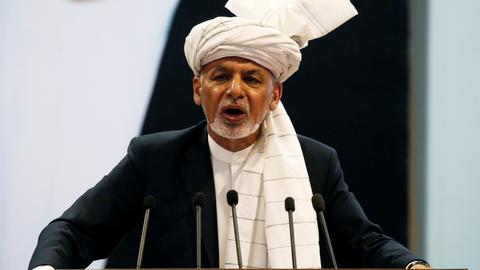