Taiwan says it sent Covid-19 assistance to countries surreptitiously to avoid protests from China, as US Health Secretary Azar visits Taipei on the highest-level diplomatic trip from Washington in four decades.

Taiwan's foreign minister says China is trying to turn it into another Hong Kong, as he met with a senior US official who made a historic diplomatic trip to the island nation.

That has caused alarm in Taiwan, a self-ruled island of 23 million people that Beijing sees as its own territory and has vowed to one day seize, by force if necessary.

Foreign minister Joseph Wu said Taiwan lives under the constant threat of having its freedoms taken away by China, during a rare meeting with US cabinet official Alex Azar in Taipei on Tuesday.

"Our lives have become increasingly difficult as China continues to pressure Taiwan into accepting its political conditions, conditions that will turn Taiwan into the next Hong Kong," he said.

"The people of Taiwan are all too familiar with dealing with threats, be it military, diplomatic or the threats of epidemics."

Health Secretary Azar is in Taipei for a three-day visit billed as the highest-level visit from the United States since it switched diplomatic recognition from the island to China in 1979.

Beijing is ramping up diplomatic, military and economic pressure on Taiwan since the 2016 election of President Tsai Ing-wen, who won a second term earlier this year with a landslide.

She rejects Beijing's stance that Taiwan is part of "one China" and instead views the island as "already independent".

China has suggested Taiwan could be granted a version of the "one country, two systems" model it uses for Hong Kong, which supposedly guarantees certain liberties and autonomy from the mainland.

All mainstream political parties in Taiwan have rejected the proposal.

And what little enthusiasm there was for the idea has all but evaporated as China cracks down on Hong Kong's separatist movement.

Azar's trip comes as relations between the US and China are in tumult, with the two sides clashing over a wide range of trade, military and security issues, as well as the coronavirus pandemic.

During his visit, Azar has heaped praise on Taiwan's democracy and its success in battling the coronavirus.

He has previously criticised Beijing's handling of the pandemic, which emerged in central China, and its authoritarian model of government.

Taiwan, which has fewer than 500 confirmed Covid-19 cases including seven deaths, has been able to contain the virus because of its democracy and transparency, Wu said.

China has also managed to get its outbreak largely under control, with sweeping lockdowns and travel restrictions.

In contrast, the United States has the highest death toll with more than 160,000 fatalities.

US President Donald Trump has been accused by critics of taking a harder stance towards China to distract from his coronavirus response as he seeks re-election in November.

China's attempts to isolated Taiwan has compelled the island at times to keep its donations of masks and personal protective equipment under the radar, Foreign Minister Joseph Wu said.

“Truth is, we even had to deliver these supplies quietly in some occasions to keep the recipients free from trouble, trouble from Beijing," Wu said.

Taiwan has brought its virus outbreak under control, and Wu said the island has donated 51 million masks overseas, including 10 million to the US, along with other items of personal protective equipment.

He did not name the other countries to which Taiwan has made quiet donations or give other details.

Just 15 countries maintain formal diplomatic ties with Taiwan, and China has sought to peel away its remaining allies. 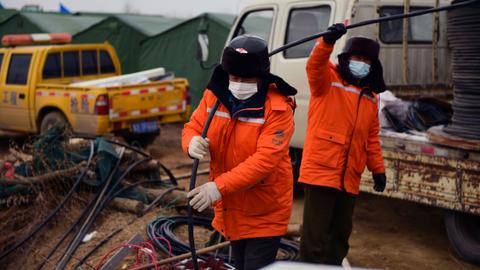 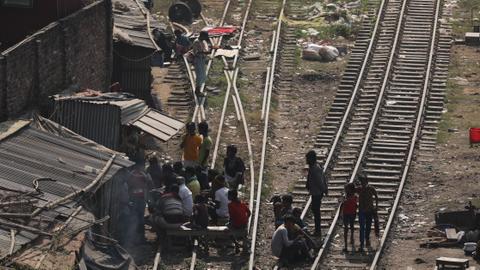 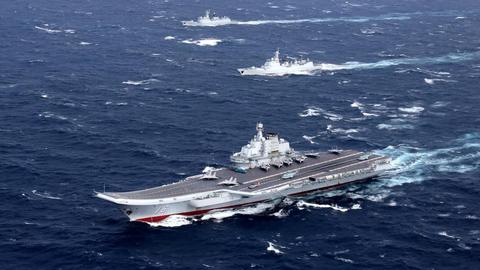