EU: 1 in 8 deaths linked to pollution in Europe

Prolonged exposure to pollutants can cause diabetes, lung disease and cancer, and early evidence suggests air pollution may be linked to higher death rates among Covid-19 patients.

Environmental factors such as air pollution and heatwaves exacerbated by climate change contribute to around 13 percent of all deaths in Europe, the European Environment Agency (EEA) has said.

A total of 630,000 deaths in the European Union's 27 countries plus Britain were attributable to environmental factors in 2012, the latest year for which data are available, EEA said in a report.

It also noted a stark contrast between Western and Eastern Europe, divided along socio-economic lines.

As such, Romania sees the greatest impact from environmental factors with one in five deaths linked to pollution, while countries like Sweden and Denmark see one in 10.

"Poorer people are disproportionately exposed to air pollution and extreme weather, including heatwaves and extreme cold," the report said.

"This is linked to where they live, work and go to school, often in socially deprived urban neighbourhoods close to heavy traffic," it added.

"These deaths are preventable and can be significantly reduced through efforts to improve environmental quality," it said.

Air pollution is the biggest environmental health risk in Europe, contributing to more than 400,000 premature deaths each year. Prolonged exposure to pollutants can cause diabetes, lung disease and cancer, and early evidence suggests air pollution may be linked to higher death rates among Covid-19 patients.

🆕Tackling #pollution and #climatechange in #Europe will improve #health and #wellbeing especially for the most vulnerable #EUGreenDeal- our new report is out now ⏩https://t.co/nRNMAQJh59

Europe's pollution levels plummeted amid lockdowns imposed during the coronavirus pandemic, but the dip is expected to be temporary and most EU countries are on course to miss their targets to cut air pollutants in the next decade.

EEA said the coronavirus pandemic has highlighted the connection between the environment and human health, demonstrating the increased risk of passing diseases from animals to humans as a result of environmental degradation and meat production.

"Covid-19 has been yet another wake-up call, making us acutely aware of the relationship between our ecosystems and our health," EU health chief Stella Kyriakides said in a statement.

The European Commission has proposed EU targets to make agriculture more sustainable, by ringfencing natural habitats and curbing pesticide use, although farming groups have warned the goals could curb crop yields.

EEA said drinking water quality is consistently high across the EU, but it raised the alarm over the release of antibiotics through waste water treatment plants, which can spread antimicrobial resistance. Infections from drug-resistant bacteria cause roughly 25,000 deaths in the EU each year. 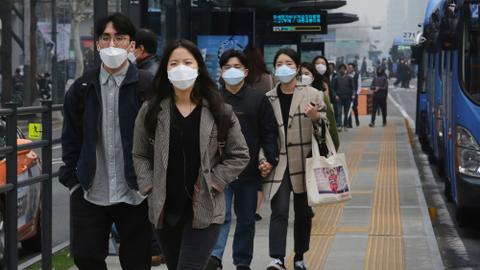 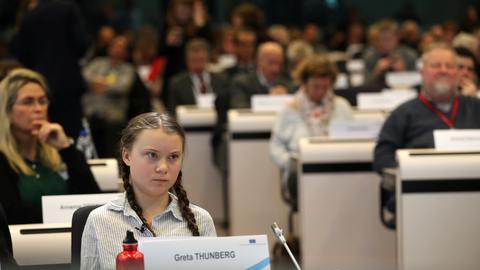