The minivan-sized OSIRIS-REx spacecraft will send back images of the sample collected from the Bennu asteroid and, if a successful collection is confirmed, the spacecraft will journey back toward Earth, arriving in 2023.

A NASA spacecraft has touched down on the rugged surface of the Bennu asteroid, grabbing a sample of rocks dating back to the birth of our solar system to bring home.

The minivan-sized OSIRIS-REx spacecraft, built by Lockheed Martin, extended its 3.35 metres (11-foot) robotic arm toward a flat patch of gravel near Bennu’s north pole and plucked the sample of rocks, the space agency's first handful of pristine asteroid rocks.

"Sample collection is complete, and the back-away burn has executed," Lockheed mission operator Estelle Church added seconds later, confirming the spacecraft eased away from the space rock after making contact.

The probe will send back images of the sample collection on Wednesday and throughout the week so scientists can examine how much material was retrieved and determine whether the probe will need to make another collection attempt.

If a successful collection is confirmed, the spacecraft will journey back toward Earth, arriving in 2023. Japan is the only other country to have already accomplished this.

After over a decade of planning & countless hours of teamwork, we are overjoyed by the success of @OSIRISREx's attempt to touch down on ancient asteroid Bennu. What's next for the mission: https://t.co/zs0Boi2Iux

Bennu, located over 100 million miles from Earth and whose acorn-shaped body formed in the early days of our solar system, could hold clues to the origins of life on Earth, scientists say. "Everything went just exactly perfect," Dante Lauretta, OSIRIS-REx principal investigator from the University of Arizona, Tucson, said on a NASA live feed from Lockheed's mission support building. "We have overcome the amazing challenges that this asteroid has thrown at us, and the spacecraft appears to have operated flawlessly."

The robotic arm's colle ction device, shaped like an oversized shower head, is designed to release a pressurised gas to kick up debris.

The spacecraft launched in 2016 from Kennedy Space Center for the journey to Bennu. It has been in orbit around the asteroid for nearly two years preparing for the “touch and go” maneuver.

“A lot of things could go wrong because the spacecraft’s about the size of a van, and the asteroid has a lot of boulders in it,” Lucy Lim, a planetary scientist at NASA, said in an earlier interview. “So we have to go between the boulders to get our sample, and a lot of plann ing went into that.”

Asteroids are among the leftover debris from the solar system’s formation some 4.5 billion years ago. Scientists believe asteroids and comets crashing into early Earth may have delivered organic compounds and water that seeded the planet for life.

Atomic-level analysis of samples from Bennu could provide key evidence to support that hypothesis. 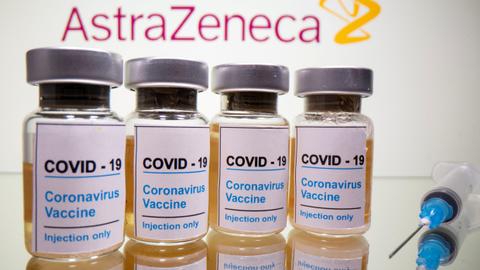 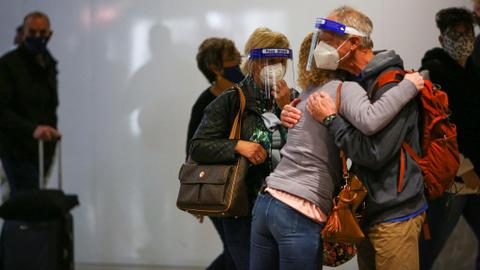 Americans travel for Thanksgiving despite surge in Covid-19 cases