The world had 10 times as many obese children and teenagers last year than in 1975, but underweight kids still outnumbered them, a study said on Wednesday.

Warning of a "double burden" of malnutrition, researchers said the rate of increase in obesity far outstripped the decline in under-nutrition.

"If post-2000 trends continue, child and adolescent obesity is expected to surpass moderate and severe underweight by 2022," researchers wrote in The Lancet medical journal.

The team found that there were 74 million obese boys aged 5-19 in 2016, up from six million four decades earlier.

For girls, the tally swelled from five million to 50 million.

No obesity decrease in Asia

Obesity ballooned in every region in the world, while the number of underweight children slowly decreased everywhere except south and southeast Asia, and central, east and west Africa.

The prevalence of underweight children decreased from 9.2 percent to 8.4 percent of girls aged 5-19 over the study period, and from 14.8 percent to 12.4 percent in boys.

In Nauru, the Cook Islands and Palau, more than 30 percent of children and teenagers were obese in 2016.

In some countries in Polynesia and Micronesia, the Middle East, North Africa, the Caribbean and the United States, more than one in five children were obese.

Experts divide people into body mass categories calculated on the basis of their weight-to-height ratio. These range from underweight, normal weight, overweight and three categories of obese.

Obesity comes with the risk of chronic diseases such as diabetes, while underweight children are more at risk from infectious diseases.

Children in either category can be stunted if their diet does not include healthy nutrients.

"There is a continued need for policies that enhance food security in low-income countries and households, especially in south Asia," said study author Majid Ezzati from Imperial College London.

"But our data also shows that the transition from underweight to overweight and obesity can happen quickly in an unhealthy nutritional transition with an increase in nutrient-poor, energy-dense foods."

The team used the height and weight data of 129 million people older than five to estimate body mass trends for 200 countries from 1975 to 2016.

While obesity in children and teens appears to have plateaued in rich countries, its rise continued in low and middle income countries, they found.

"Very few policies and programmes attempt to make healthy foods such as whole grains and fresh fruits and vegetables affordable to poor families," Ezzati said in a statement.

"Unaffordability of healthy food options to the poor can lead to social inequalities in obesity, and limit how much we can reduce its burden." 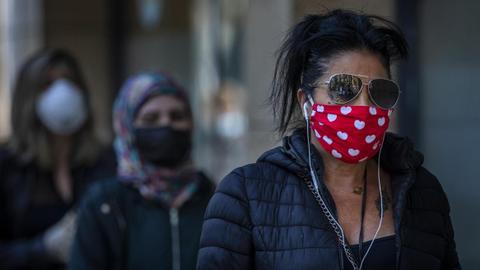 Wear masks in public, says WHO in new coronavirus advice